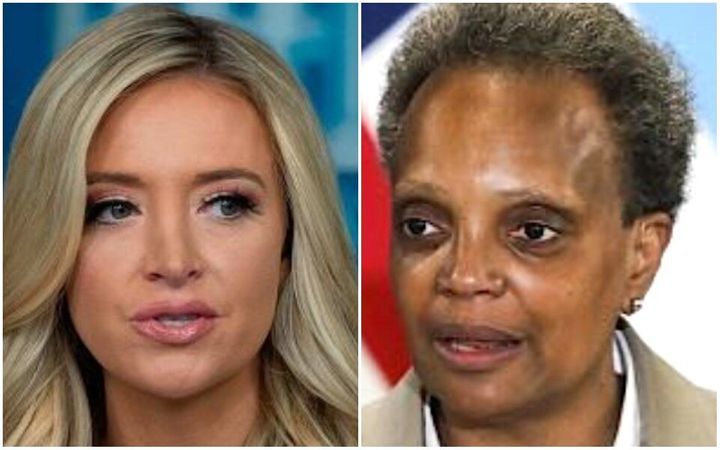 Chicago Mayor Lori Lightfoot on Thursday called Kayleigh McEnany “Karen” after the White House press secretary referred to her as a “derelict mayor” at a briefing.

“Karen” is a slang pejorative for a rude white woman exploiting her privilege. A source close to the mayor confirmed to the Chicago Sun-Times that Lightfoot used the word in that context.

At a White House press briefing, McEnany criticized Lightfoot for not requesting federal help to curb gun violence in her city. McEnany said the city leader was “doing a very poor job at protecting her streets,” NBC Chicago noted, and called her the “derelict mayor of Chicago.”

Chicago logged 385 murders this year through July 12, compared with 260 in the same period in 2019, according to police department statistics.

McEnany’s attack on the Democratic mayor is in step with President Donald Trump’s regular targeting of the Windy City. Trump called Chicago violence “worse than Afghanistan” this week ― a comparison he has used before, WGN reported. Trump is “intent on portraying Democrats and 2020 rival Joe Biden as soft on crime and anti-police,” the Sun-Times wrote.

Back in May, Lightfoot had colorful words for the president: “I will encode what I really want to say to Donald Trump. It’s two words: It begins with ‘F’ and it ends with ‘U.’”