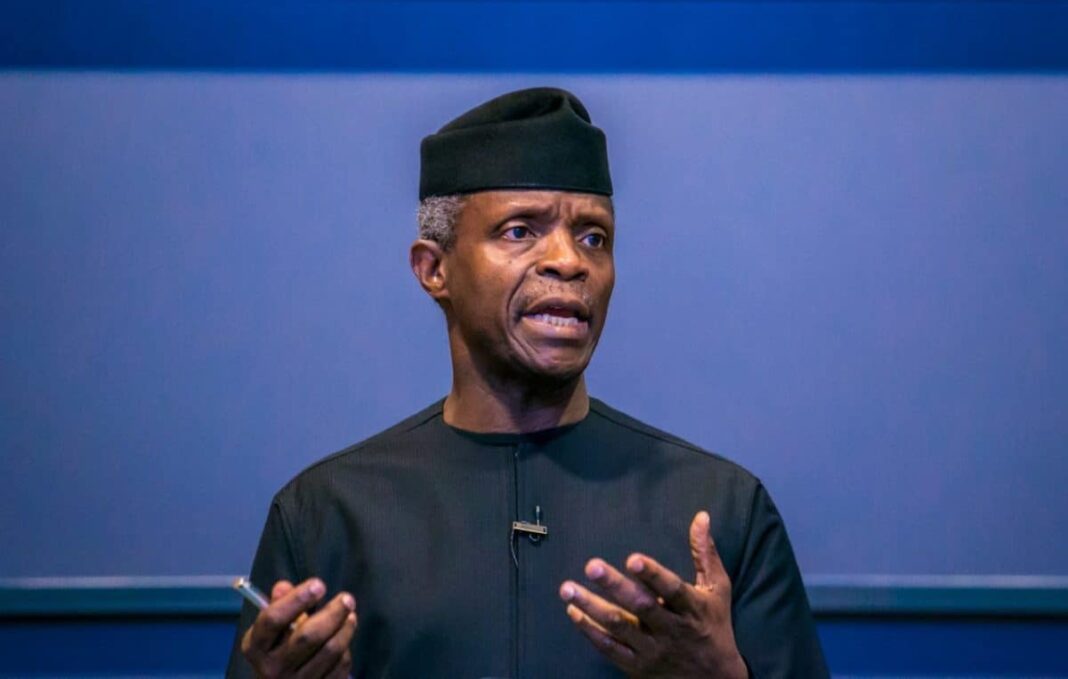 increase taxes, the Vice President, Prof Yemi Osinbajo has said that in a determined effort to offer Nigerians an effective option to petrol, the Federal Government will focus on developing Compressed Natural Gas, otherwise known as autogas, which is priced significantly lower than PMS.

Osinbajo stated this during a virtual interactive session hosted by the Africa Report magazine on Thursday.

Answering a participant’s questions regarding the removal of petrol subsidy, the Vice President said “we have experienced a severe downturn in our finances over the years, so at 60 percent less revenue, we are in a position where sustaining fuel subsidies is practically impossible simply because we do not have the resources.”

According to him, “what we have decided to do is to focus on Compressed Natural Gas (CNG) which is about half the price of petrol today. So, if we use CNG for our cars and for our buses, it will cost between N78 and N80 or so per liter.”

Under the Nigerian Economic Sustainability Plan (NESP), the Federal Government’s objective is to promote domestic use of CNG and support the creation of 1 million jobs by maximizing the domestic use of CNG while reducing reliance on refined petroleum products like kerosene and Premium Motor Spirit (PMS).

Responding to a question regarding an increase in taxes, the Vice President noted that the administration has no plans of increasing taxes, stating that “our position really is that, this is hardly the time to raise taxes”.

According to him, “It is even more difficult for people to pay taxes now than ever before, I mean, given the state of affairs, but this is why we’re doing everything now.

“We are trying to ensure that businesses survive this period by providing as much support as we can, and by relieving them of as much burden as possible and ensuring that they are able to get some moratorium so that they can at least continue to run their businesses and by all the other interventions and support that we are giving, we hope that those interventions will help businesses.

“Our approach is first to ensure that we save jobs. If we save jobs and save businesses, and then do the best we can in agriculture, the housing scheme and all of that, we will actually be able to improve spending and if we are able to improve spending, taxes will definitely improve, and if businesses survive, taxes will improve. So, those are the sort of projections that we are looking at.”

The Vice President had recently said it is the plan of the Buhari administration to put money in the hands of Nigerians.

Addressing concerns raised about electricity tariffs, the Vice President said the era of subsidizing petrol and electricity was over, noting that the government has adopted measures of addressing the situation.

His words: “What we are trying to do is to ensure that we are able to reform the electricity industry. The industry is privatized except for the transmission sector. But what we have seen is that the distribution companies (DisCos) are just not able to meet their targets or to even provide electricity on any kind of stable basis now.

“The DisCos have been hankering all these years for a cost-reflective tariff and government has been paying the subsidy. In fact, in the past few years, we have spent about N1.3 trillion on subsidies for electricity. Again, here is a situation where that is completely unaffordable.

“We want to ensure that new companies come into the market. So, that will be decentralized completely. This way, in several parts of our country, we can have micro-grids, small grids, and all of that. We are doing 5 million solar connections as part of the Economic Sustainability Plan. We think that, with all these, we can electrify our country within a short period of time.”

The Vice President added that the overall target of government in the Economic Sustainability Plan is to save existing jobs and revamp businesses by improving the spending capability of Nigerians through the various initiatives in industry, agriculture, mass housing, and solar connectivity projects.

Over 1, 200 persons on different platforms across the world, participated in the virtual event tagged by Africa Report, the organizers as Digital Dialogues.