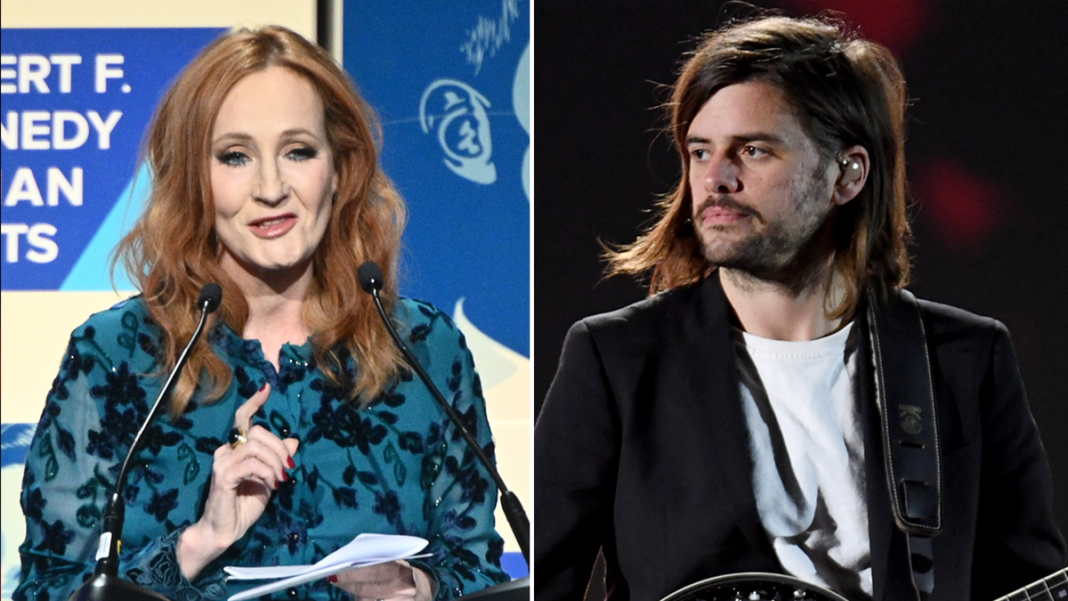 Former Mumford & Sons banjo player and co-founder Winston Marshall said there was one “canceled” celebrity for whom he felt particular compassion before he too had been targeted by the cancel culture mob.

“If sex isn’t real, there’s no same-sex attraction,” Rowling tweeted in 2020. “If sex isn’t real, the lived reality of women globally is erased. I know and love trans people, but erasing the concept of sex removes the ability of many to meaningfully discuss their lives. It isn’t hate to speak the truth.

She has also signaled her “contempt” for those supporting gender-focused policies that “endanger extremely vulnerable girls.

Progressives and prominent figures have condemned her for her remarks, including some “Harry Potter” cast members. The star of the franchise, Daniel Radcliffe, dedicated a blog post against Rowling’s comments in order to stand with trans and queer kids who he said may have identified with his wizard character.

“And so seeing them hurt on that day I was like, I wanted them to know that not everybody in the franchise felt that way. And that was really important,” Radcliffe wrote, while also warning the press against trying to depict his post as proof of “infighting” between him and Rowling.

Marshall is no stranger to cancel culture. The musician was the target of online hate last year after tweeting his support for a book by conservative author Andy Ngo on the left-wing radicalism of Antifa, entitled, “Unmasked: Inside Antifa’s Radical Plan to Destroy Democracy.” But he said his compassion toward Rowling began well before his own painful experience.

“I had sympathy beforehand,” Marshall said of Rowling’s plight in an interview with Fox News Digital. “Because I think it’s outrageous what happened to her. The level of misogyny that she’s had to endure. It’s despicable. If it doesn’t make your blood boil, that says a lot about you, I think.

The musician described Rowling as a pro-woman and an LGBT ally, and in other pointed remarks, he shaded the “Harry Potter” cast whom Rowling helped launch to stardom.

“She said nothing transphobic,” Marshall maintained. “All she’s done is stick up for women. It’s appalling. The amount she’s done for gays and lesbians in her history and philanthropic history is remarkable. The fact that she has to put up with this is outrageous. And it’s disgusting that those other actors who she gave a career speak about her as they do. It’s embarrassing, frankly.”

Marshall took the opportunity to share his opinion of puberty blockers, medicines that prevent puberty, and progressive efforts that have “bullied” girls out of school sports, in his view.

“It’s a very difficult position for any of these artists to be into,” he said. “It’s a very painful experience, losing it all just for having wrong opinions, having perfectly legitimate opinions, you know? In fact, I would say compassionate opinions, about these issues. She cares about women, for example. She cares about children, look what they’re doing to children, putting the children on puberty blockers, and irreversible surgery.

Rowling has found support from a few “Harry Potter” alumni, however. When asked about the controversy, Draco Malfoy portrayer Tom Felton said he chose to “celebrate” the impact Rowling’s films have had. And like Marshall, Ralph Fiennes, who played the villain Voldemort in the series, recently blasted the abuse against Rowling as “despicable.”