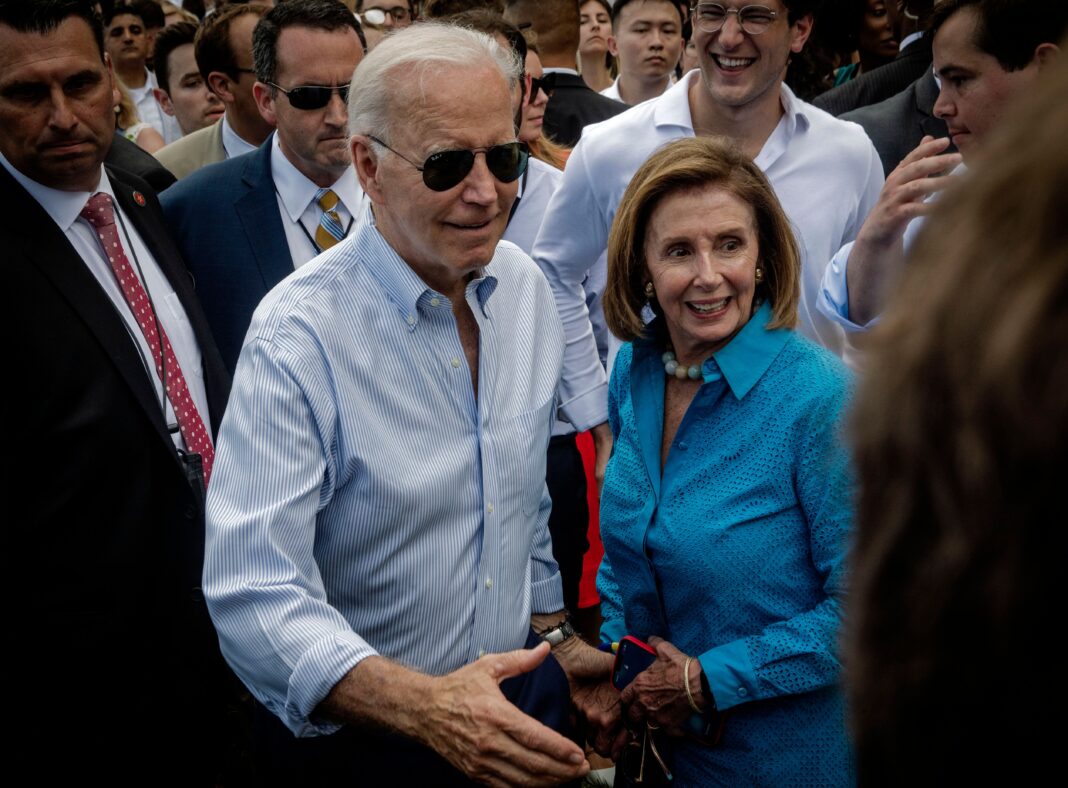 President Joe Biden gave a fond tribute to House Speaker Nancy Pelosi on Thursday after she announced her exit from party leadership, calling her “the most consequential Speaker of the House of Representatives” in American history.

“She might be stepping down from her leadership role in the House Democratic Caucus, but she will never waiver in protecting our sacred democracy,” Biden said in a glowing statement about the California Democrat, who will remain in the House as a member.

Pelosi, who was elected to her first speakership in 2007 and became the first woman to hold the position, is “a singular force securing once-in-a-generation bills that will define our nation for decades to come,” Biden continued, pointing to her work passing the Affordable Care Act, ending “Don’t Ask Don’t Tell” and approving an economic stimulus package in the midst of the COVID-19 pandemic.

Also read: Woman Who Danced With Obamas At The White House Dies At 113

He also noted that through much of Pelosi’s career, especially during Donald Trump’s presidency, she’s fended off aggressive and personal attacks by Republicans, several of whom joked about, shrugged off, or spewed conspiracy theories about a recent attack on her husband.

“Because of Nancy Pelosi, the lives of millions and millions of Americans are better, even in districts represented by Republicans who voted against her bills and too often vilify her,” Biden said.

“That’s Nancy – always working for the dignity of all of the people,” he continued. “And, as a fierce defender of democracy through our laws, history will also note her fierceness and resolve to protect our democracy from the violent, deadly insurrection of January 6. It’s a threat of political violence and intimidation that continues and she and her family know all too well, but that will never stop her from serving our nation.”