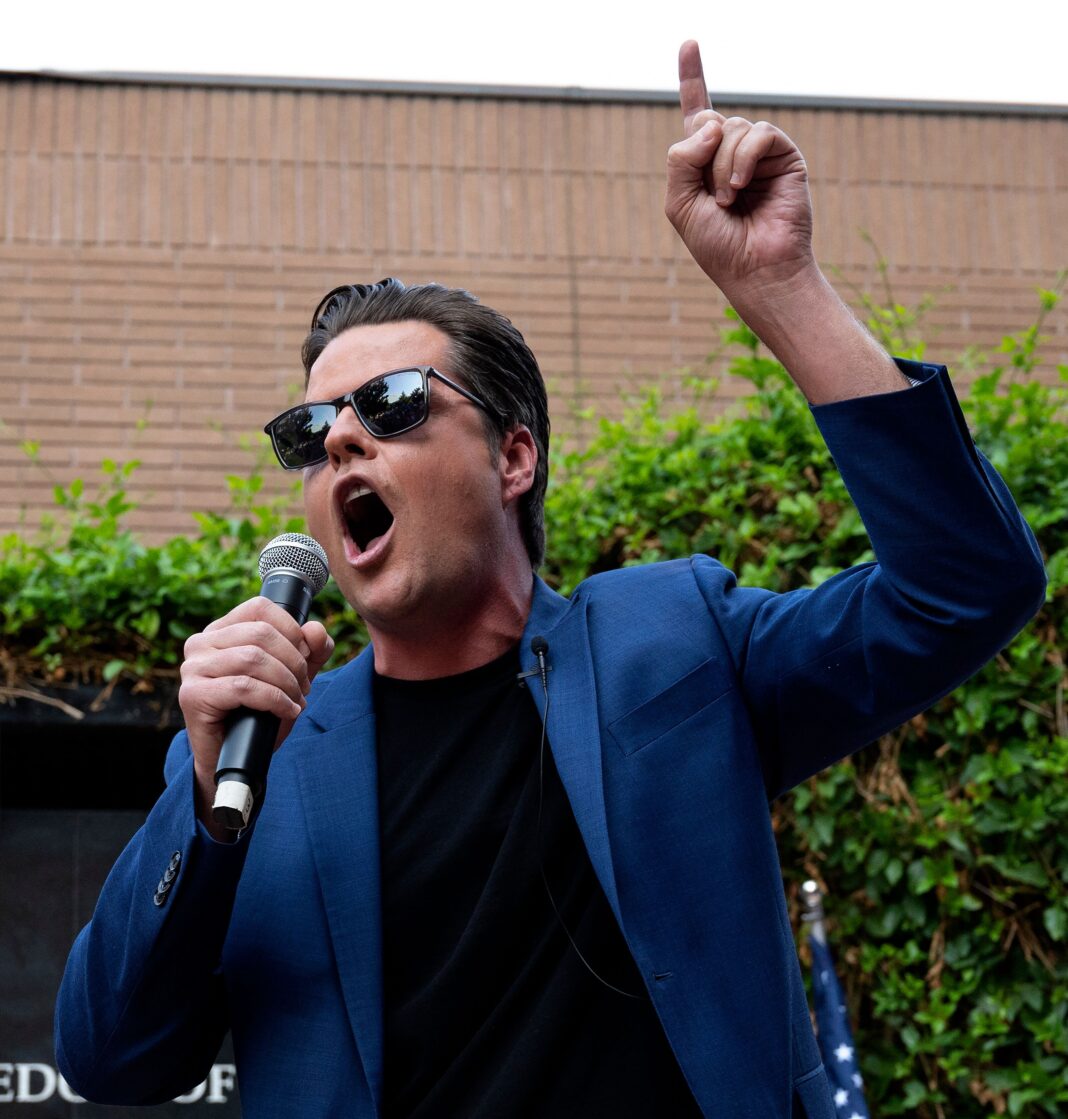 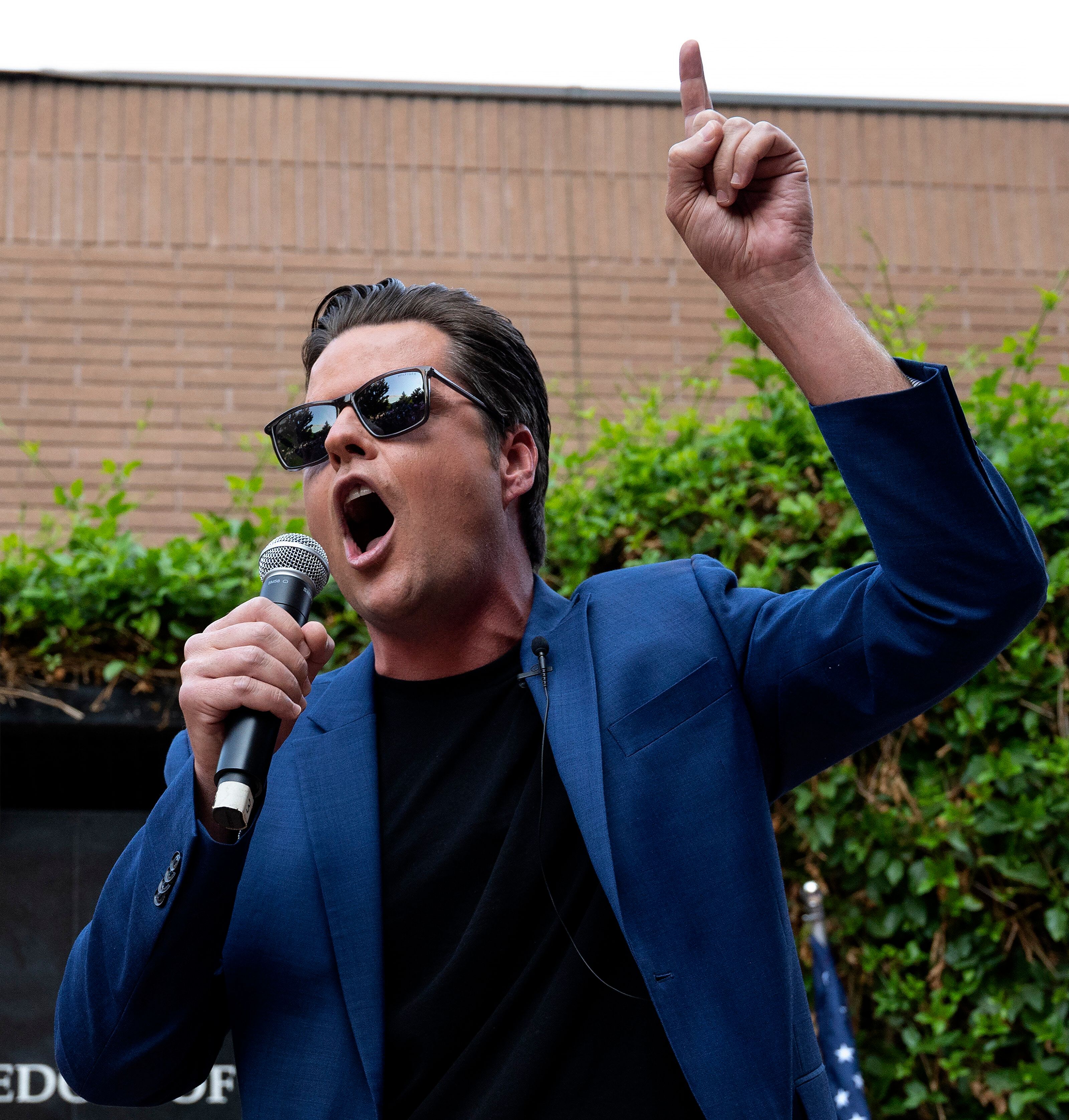 Gaetz and his QAnon cohort Rep. Marjorie Taylor Greene (R-Ga.) regrouped Saturday in front of City Hall in Riverside after that city. Two other venues in the state refused to hold the pair’s “America First” rally that had been scheduled that night.

Gaetz initially characterized his gathering outside City Hall as a “protest against communism.” But he later emphasized it was a First Amendment rally.

Dozens of his supporters were confronted on the scene by similar numbers of protesters, who shouted and held signs, including: “Keep Your Hate Out of Our State.”

Gaetz, who is currently under federal investigation for alleged sex trafficking involving a minor, ripped the southern California blockade on his America First rally.

“They may try to cancel us online … they may shut down our venues, but we will take this fight to them in the courts, in the halls of Congress, and, if necessary, in the streets,” he vowed in a brief speech.

Then, turning on a dime, he ripped the protesters on the scene.

“This is a happy and inclusive movement,” Gaetz insisted. “But you know who is not happy? Those pathetic losers over there who bring so much negativity and sadness … they will live the sad existences that they are currently living.”

For her part, Greene urged parents not to let their children wear masks or be vaccinated, despite the surging new cases of the delta variant of COVID-19.

Read more: DID BRITNEY SPEARS REALLY CALL 911 OVER HER CONSERVATORSHIP?

An event center in Anaheim was the final venue to cancel on the lawmakers. “As a city, we respect free speech, but also have a duty to call out speech that does not reflect our city and its values,” said city spokesperson Mike Lyster.

Greene tweeted Friday that “radical communists” had pressured venues into backing out.

In another wild scene later Saturday at California’s Huntington Beach, Gaetz posed briefly for a photo with comedian activist Walter Masterson, dressed in an American flag costume and pretending to be a wildly enthusiastic fan.

Check it out here:

I told Matt Gaetz he wasn’t a Pedophile and he disagreed.
pic.twitter.com/qoPx9h9Xgp