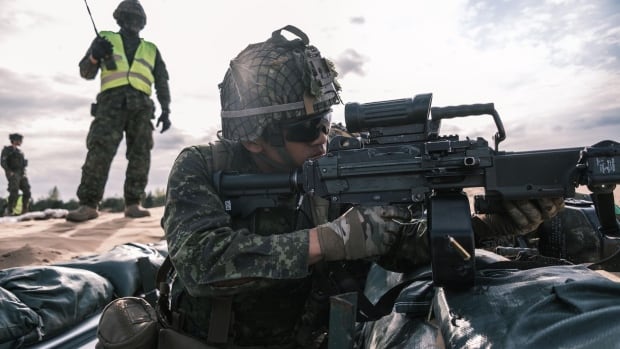 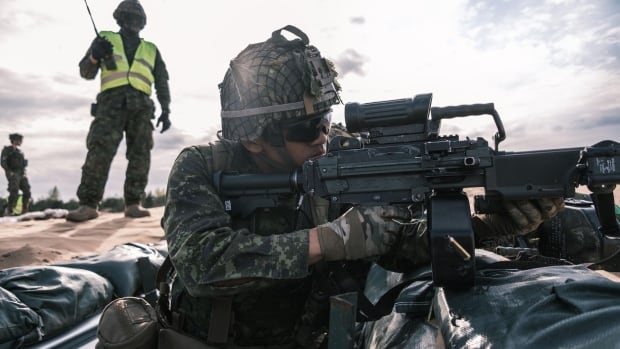 A military plane carrying Canadian troops to Latvia as part of a NATO mission in that country turned around mid-flight Thursday, after someone who might have come in contact with the aircraft tested positive for COVID-19.

The Department of National Defence told CBC News Saturday that the individual, who was not on board the flight, may have interacted with passengers before the plane took off from CFB Trenton.

The Canadian Armed Forces (CAF) learned the news while the flight was in the air.

“As such, the decision was made to return the aircraft en route, rather than land in Latvia, to avoid the possible risk of spreading the disease,” a spokesperson for the Canadian Joint Operations Command (CJOC) wrote in an email.

The department said approximately 70 passengers and aircrew members were on board the aircraft but said it believes the risk of exposure is low.

“These members will now undergo a second isolation period of 14 days in Trenton, prior to continuing on with their deployment,” the spokesperson said.

Troop rotation scheduled for this month

Canada has been leading a multinational NATO battle group in Latvia since 2017, where 540 Canadian troops are currently stationed.

The mission has continued operations despite the COVID-19 pandemic, although the crisis has forced the CAF to suspend others.

The military’s mission to train local forces in Ukraine was initially paused in April, but a CAF spokesperson told The Canadian Press in June that it has become safe enough to deploy 90 members to restart the mission.

A rotation of new troops from Canada into Latvia was set to get underway this month.

Col. Eric Laforest, commander of Task Force Latvia, previously told CBC News that all incoming troops would be required to isolate for two weeks prior to deployment.

CJOC said the plane was meant to come back to Canada with around 70 returning soldiers who had completed their tour. The military is now considering other options to bring those members home.