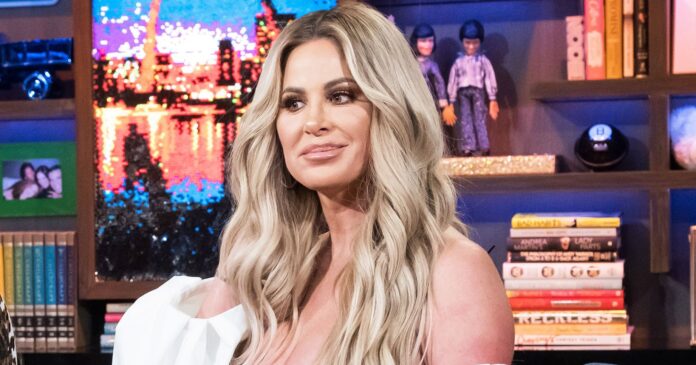 Get off her back! Kim Zolciak has perfected the art of the clapback. Whether she lashed out at her Real Housewives of Atlanta costars or internet trolls who dared to comment on her children, the reality star knows how to put haters in their place.

The Bravo personality made her debut on The Real Housewives of Atlanta in 2008. The original cast member starred alongside NeNe Leakes, Shereé Whitfield, Kandi Burruss, Cynthia Bailey, Phaedra Parks, Lisa Wu and DeShawn Snow during her first stint on the reality series. The “Don’t Be Tardy” singer left the show after season 4.

Zolciak later returned during seasons 9 and 10. Her onscreen and offscreen feud with Leakes in 2017 forced the songstress to declare she would “never, never” appear on the show again, noting that it is “too much stress, unneeded stress.”

Indeed, a source confirmed as much to Us Weekly in April 2018. “Kim and Bravo agreed she wouldn’t come back,” the insider said at the time. “None of the girls will film with her. They refuse.”

In between appearing on Real Housewives, Zolciak landed her own spinoff titled Don’t Be Tardy, which premiered on Bravo in April 2012.

Brielle opened up to Us about expanding the family further in February 2019. “I think if she got pregnant again, I’d be like, ‘Are you OK? Are you insane?’” she admitted, adding: “Don’t have any more kids. We’re jam-packed as it is!”

Scroll to relive Zolciak’s most notorious comebacks of all time.