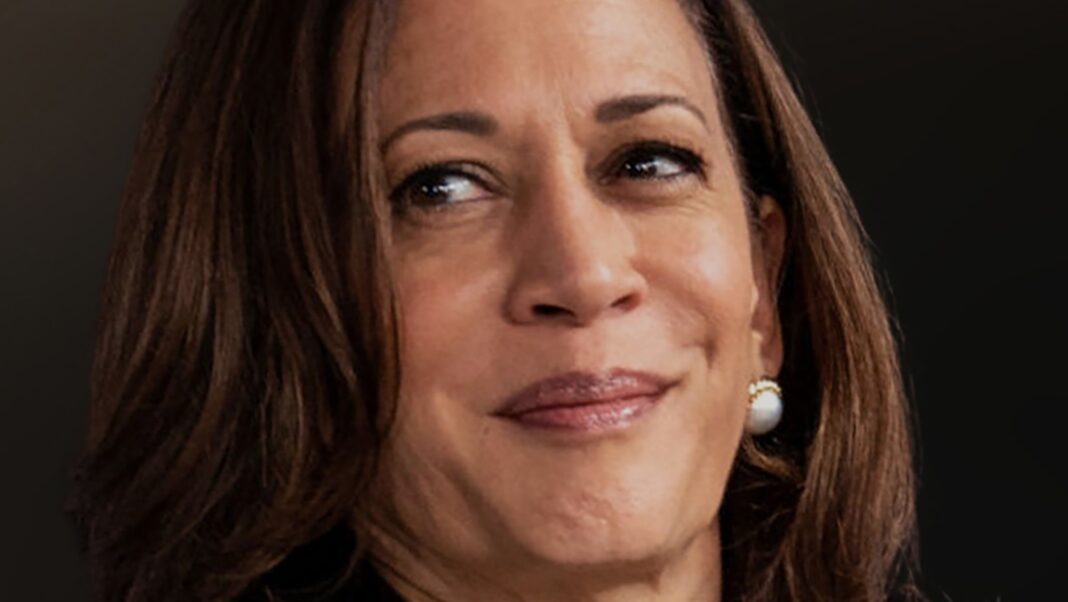 The theme of the Ukrainian invasion was apparent throughout the State of the Union address, from the words President Joe Biden spoke; to the inclusion of the Ukrainian Ambassador to the United States, Oksana Markarova, as First Lady Dr. Jill Biden’s guest; too many in the chamber wearing the colors of Ukraine’s flag or waving a small version of the flag during the speech. However, some people who attended the State of the Union did not follow the decision to wear blue and/or yellow/gold, including Vice President Kamala Harris.

While some questioned Harris’ decision to not show her support for Ukraine via her fashion choice, others took to social media to wonder about the color she ended up sporting. Though the cut of Harris’ suit was on point, many took issue with its brown hue, pointing out that it caused her to almost blend into her surroundings. “What was @KamalaHarris thinking with this outfit that blends into the chair??? She looks like a floating head,” one Twitter user expressed. “@VP I love you so much but how did you pick out that outfit. Please brown suit in a brown chair and a brown desk. Blue and Yellow was the theme today why not blue or yellow or both,” another wrote in part. “Kamala Harris [sic] outfit tonight sponsored by Hershey,” a third person quipped.

Hopefully, Harris will attempt to not blend into her surroundings in the future — although it goes without saying she has bigger issues on her plate at the moment.