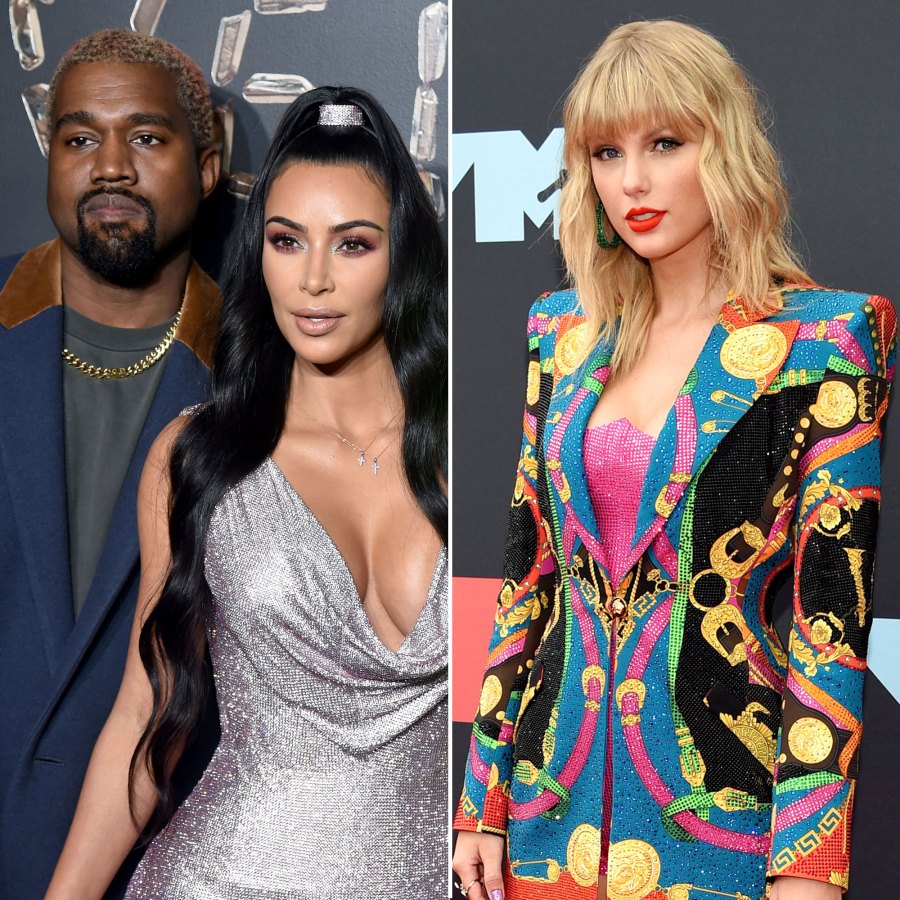 Ready to be excluded from the narrative! Kim Kardashian and Kanye West have already moved on from their drama with Taylor Swift despite the pop star’s Rolling Stone interview.

Taylor Swift’s Feuds: Where Are They Now?

A second insider assures Us Swift, 29, is past their beef too and had just cause for discussing it publicly. “Taylor is over the drama with them, but she had to bring it up because she was asked about it just to set the story straight and still wants to go on the record that she is the victim in this,” the source reveals.

The “Lover” singer rehashed the feud in her October cover story for Rolling Stone, addressing everything from West, 42, calling her a “bitch” in his 2015 song “Famous” to crashing her 2009 MTV Video Music Awards acceptance speech. “The world didn’t understand the context and the events that led up to it. Because nothing ever just happens like that without some lead-up. Some events took place to cause me to be pissed off when [Kanye] called me a bitch,” she said. “That was not just a singular event. Basically, I got really sick of the dynamic between he and I. And that wasn’t just based on what happened on that phone call and with that song — it was kind of a chain reaction of things.”

Taylor Swift Through the Years

She continued: “I started to feel like we reconnected, which felt great for me — because all I ever wanted my whole career after that thing happened in 2009 was for him to respect me. When someone doesn’t respect you so loudly and says you literally don’t deserve to be here — I just so badly wanted that respect from him, and I hate that about myself.”

West never told Swift about the “bitch” line during the phone call Kardashian, 38, recorded and later released. He still has not apologized for using a naked version of her in the “Famous” music video without her consent.

Celebrities Who Made Up After Feuding

The “Me!” songstress recalled another incident in which the rapper attempted to make amends, asking her to present him the Vanguard Award at the 2015 VMAs. However, after he claimed the network orchestrated the moment for ratings, Swift “realized he is so two-faced.” She decided to move on from the incident because she did not want to rekindle their feud.

When she listened to the finished product of “Famous,” she shut down the friendship again. “When he gets on the phone with me, and I was so touched that he would be respectful and, like, tell me about this one line in the song. [The line being ‘… me and Taylor might still have sex.’] And I was like, ‘OK, good, We’re back on good terms,’” she said. “And then when I heard the song, I was like, ‘I’m done with this. If you want to be on bad terms, let’s be on bad terms, but just be real about it.’”

Swift indicated in the expansive interview that she was ready to get past the topic: “I really don’t want to talk about it anymore because I get worked up, and I don’t want to just talk about negative s–t all day.”