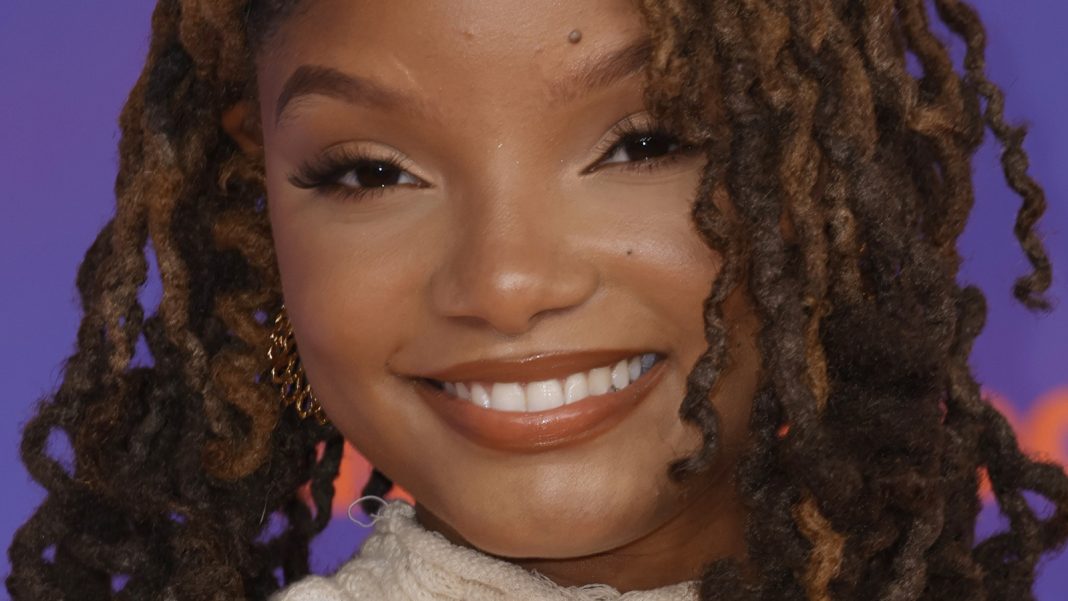 Halle Bailey is shutting down speculation about whether or not she has surgically enhanced her breasts. “Lmaooo not y’all thinking I got boob implants what,” she tweeted, adding the crying face emoji. “No ma’am God gave me these and gave Chloe the booty.” In just one day of sharing, Halle’s tweet racked up more than 145,000 likes, proving her statement was made loud and clear.

Both Halle and her sister, Chloe Bailey, have always expressed body positivity and aspire to be a positive light for young women, telling Teen Vogue in 2017, “One thing you should never do is compare yourself to others,” explaining, “We are all beautifully and distinctively made. That’s what makes all of us special.” The duo continued, “Giving yourself that confidence boost has a domino effect and will make you feel so much better.”

On April 15, Halle showed off her natural curves by posting two mirror selfies of herself on Twitter wearing a long-sleeved crop top and high-waisted shorts after previously stating she had spent another day working out.