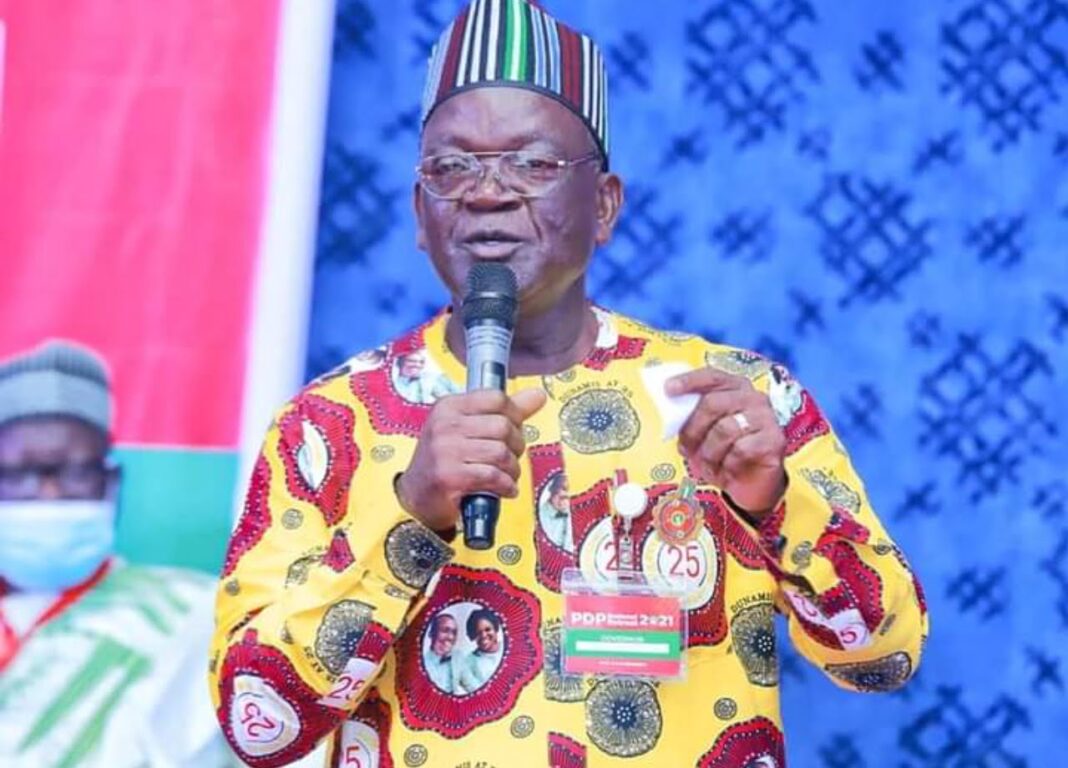 Governor Samuel Ortom of Benue State has reacted to President Muhammadu Buhari’s tagging of the People’s Democratic Party, PDP as a failure.

Wowplus recalls that President Buhari, during an interview with Channels Television on Wednesday, said what comes to his mind when the acronym, PDP is mentioned, is a failure.

Reacting, Governor Ortom in a statement issued on Thursday by his Chief Press Secretary, Nathaniel Ikyur said it is the ruling All Progressives Congress that failed Nigerians by retrogressing the affairs of the nation.

He said, “as a critical stakeholder of the PDP, this is completely false. If anyone has failed, it is the Buhari-led APC federal government that has failed by taking Nigeria from top to bottom.

“The PDP is ready to rescue Nigeria from the insecurity and economic horror placed on Nigerians by the APC”.

He stressed that the party is better prepared with laudable programs on the welfare of Nigerians and to rebuild the nation from the APC tale of woes.

The governor added that from all indications, the APC administration has since run out of ideas pointing out that “they have exhausted all their lies and have nothing more to tell Nigerians”.

Governor Ortom also tasked the President to do all that is necessary to revamp the ailing economy and save citizens from poverty saying “Nigerians have absorbed enough hunger and misery in the hands of the All Progressives Congress (APC) misrule. Or is it possible that Mr. President is not aware that Nigerians are dying from his misrule?”