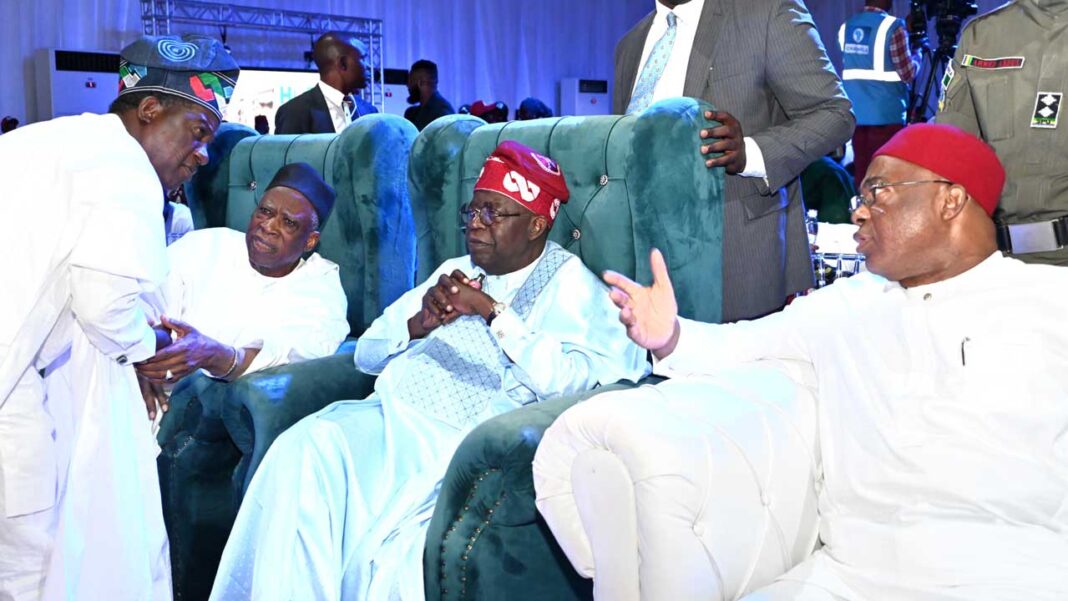 The presidential candidate of the All Progressives Congress, APC, Asiwaju Bola Ahmed Tinubu on Thursday, met with Southeast stakeholders and private investors/trade organizations, manufacturers, traders, among others.

The meeting, which was held in Imo State, was in preparation for his scheduled presidential campaign in the State in the coming days.

In his address, Governor Hope Uzodimma commended His Asiwaju Bola Ahmed Tinubu for the face-to-face interaction with southeast entrepreneurs and private businessmen and women.

While reiterating that Imo State is APC compliant, the Governor reassured the presidential flag bearer and all present that Imo is at the forefront to ensure the victory of the party, the All Progressives Congress (APC).

He said that based on his experiences and the lessons learned, he understands the challenges traders, business owners, and people of the South East are going through.