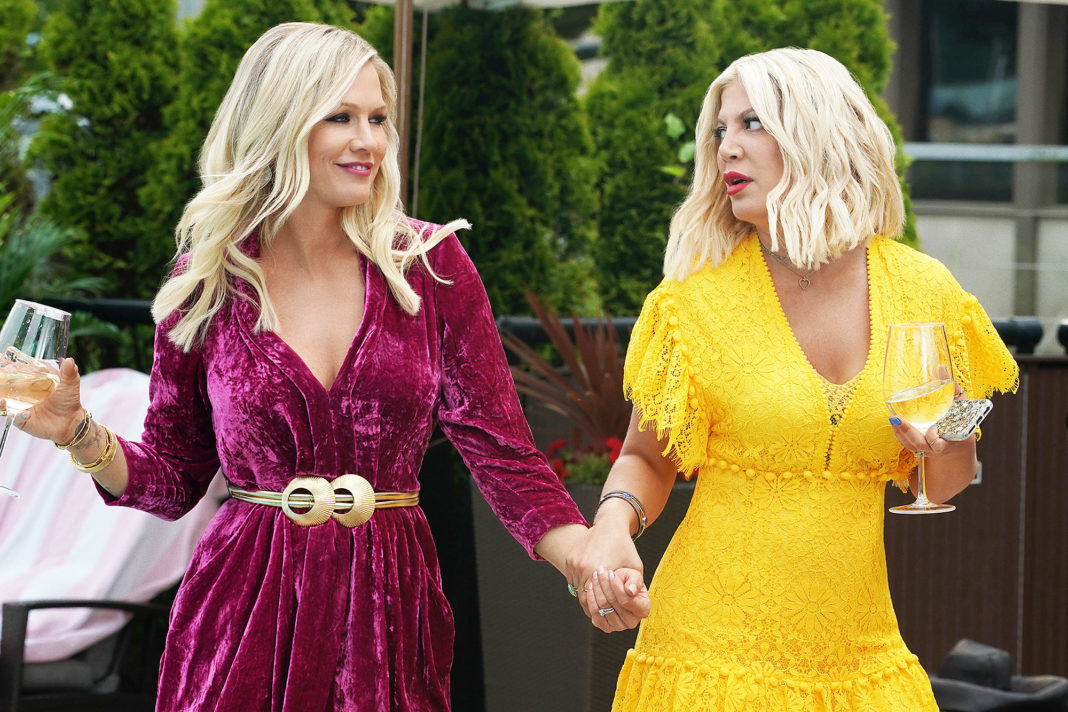 Da-na-na-na, da-na-na-na! BH90210 may not have been the traditional reboot fans of the ‘90s drama wanted, but the quasi-revival did pay tribute to Beverly Hills, 90210 during season 1.

Color Me Badd
“Do you remember when we used to make out to this song underneath the bleachers?” Donna asked David at the Peach Pit in a dream sequence during the premiere. How could we forget when the popular ‘90s band checked into the Bel Age during season 2, prompting West Beverly’s resident DJ and friends to stake out the hotel to meet the band. 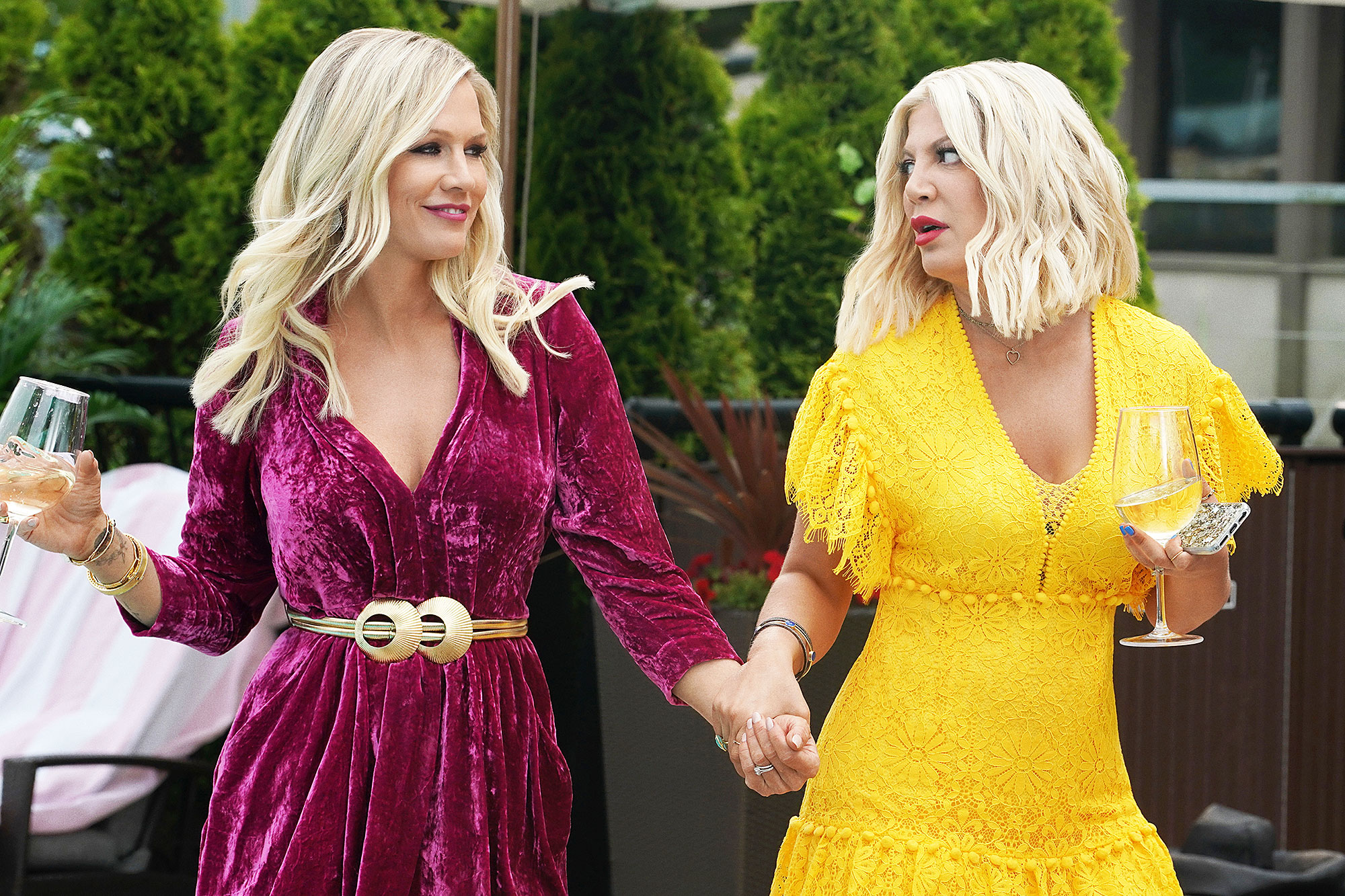 Exchange An Egg
During the same dream sequence, Steve and Andrea asked Kelly to “exchange an egg” at the Peach Pit Fans of the ‘90s drama will remember the pair trying to get the location of an underground rave with the same line (thanks to Emily Valentine) during season 2.

Donna’s Spring Dance Dress
Donna may have not been able to walk in her giant spring dance dress during season 1, but the fictionalized version of Tori felt very possessive of the red gown in the premiere.

“This dress belongs to all of us,” Tori declared after stealing the dress from a display case. “Because this symbolizes everything that we created together.”

Remembering Dylan
After the group raised a glass to Luke Perry, who died in March following a stroke, Tori and Jennie found themselves watching a scene of Dylan and Brandon from the original series at the end of the premiere.

Kelly’s Trauma
Jennie’s dream sequence in season 1 episode 2 poked fun at all of the trauma Kelly Taylor experience during the original series’ run: her stint in a cult, the LAX shooting, the diet pills addiction, the house fire and more.

Emily Valentine Arrives
Christine Elise, who played Brandon Walsh’s controversial girlfriend on Beverly Hills, 90210, shocked fictionalized Tori, Jennie, Jason, Ian, Brian and Gabrielle when she showed up as the Fox executive at the end of episode 2.

Keep checking in for more Beverly Hills, 90210 references as season 1 of the quasi-revival airs on Fox Wednesdays at 9 p.m. ET.