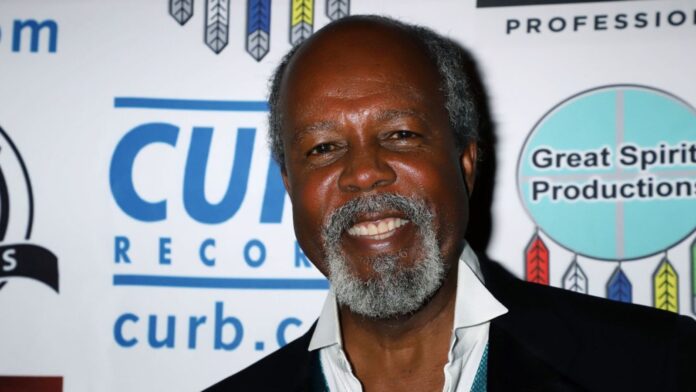 His death was announced on Monday in a statement from the University of Nevada, Las Vegas (UNLV), where he had been working as an associate professor at the College of Fine Arts.

“It is with profound sadness that I share this news,” Dean Nancy Uscher said in the statement shared on Instagram. “His students were deeply inspired by him, as were all who knew him. He had many extraordinary talents and was extremely well-known in the university through his dedication to teaching and his professional accomplishments.

UNLV film chair Heather Addison remembered Gilyard as a “beacon of light and strength for everyone around him at UNLV.”

She added: “Whenever we asked him how he was, he would cheerfully declare that he was ‘Blessed!’ But we are truly the ones who were blessed to be his colleagues and students for so many years. We love you and will miss you dearly, Professor G!”

No further details surrounding his death have been made public.

According to UNLV, Gilyard ventured into acting after studying Theatre Arts at California State University. He landed his first role on the TV show “Diff’rent Strokes” in 1981.

In 1986, Gilyard made his film debut in “Top Gun,” in which he played Sundown, one of the elite fighter pilots.

Two years later, he was cast as Theo, the computer expert who helps Hans Gruber’s terrorist group, in the thriller “Die Hard.”

He got his big primetime TV break in 1989 when he landed the role of Conrad McMasters on the NBC legal drama “Matlock,” starring opposite Andy Griffith. He then portrayed Chuck Norris’ crime-fighting partner Jimmy Trivette on “Walker, Texas Ranger.”

Gilyard’s acting credits also include “The Karate Kid Part II,” “CHiPS” and the “Left Behind” films.

Despite his accomplished acting career, Gilyard stepped away from acting in 2006 to start teaching at UNLV and directing productions at the university’s Nevada Conservatory Theatre.

“I’m wired to teach. And I’m a professional, but the profession has to feed the classroom. It’s what stimulates my characters because I’m in touch with people’s lives in the 21st century,” he told the Las Vegas Review-Journal in 2017.

“I work best as an artist when I’m in a fertile arena. That means creative and imaginative. Being with all those millennials – I don’t understand what they’re saying but I’m siphoning off their energy.”

He did, however, make a brief return to the screen in 2021, when he reunited with Bruce Willis and De’voreaux White for a “Die Hard” battery commercial.