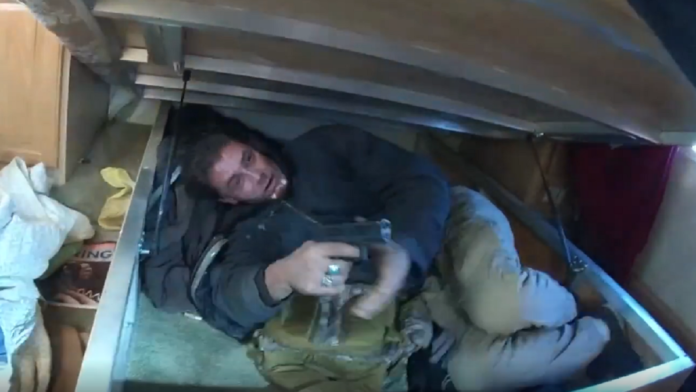 Oklahoma City Police have released a dramatic video showing a suspect firing a weapon at three officers after they lifted the mattress he was hiding underneath.

The incident that resulted in the death of Timothy Johnson, whom police say was wanted on an out-of-state felony warrant, happened on Nov. 15 in a rural area.

Officers in the state’s capital were called to a travel trailer after being told Johnson had been seen entering it and did not come out, according to police.

Authorities say they then met with Jennifer Garner – a woman who lived there – who told them nobody was inside and gave officers consent to search her home.

“Sammy, this is the police department. If you are in here you need to make yourself known,” Officer Elisa McCoy is heard saying on bodycam footage released by police, addressing Johnson by his alias.

While searching the property, the officers eventually lifted a mattress – only to reveal Johnson hiding underneath, armed with a pistol.

Police say gunfire was then exchanged and two of the officers are seen leaving the trailer to take cover.

The officers re-entered the trailer shortly afterward, urging Johnson to “come out with your hands up.”

However, more gunfire is exchanged, with one of the officers being struck in the face by flying debris.

Garner was arrested on a complaint of harboring a fugitive, while the three officers involved have been placed on administrative leave pending an investigation. 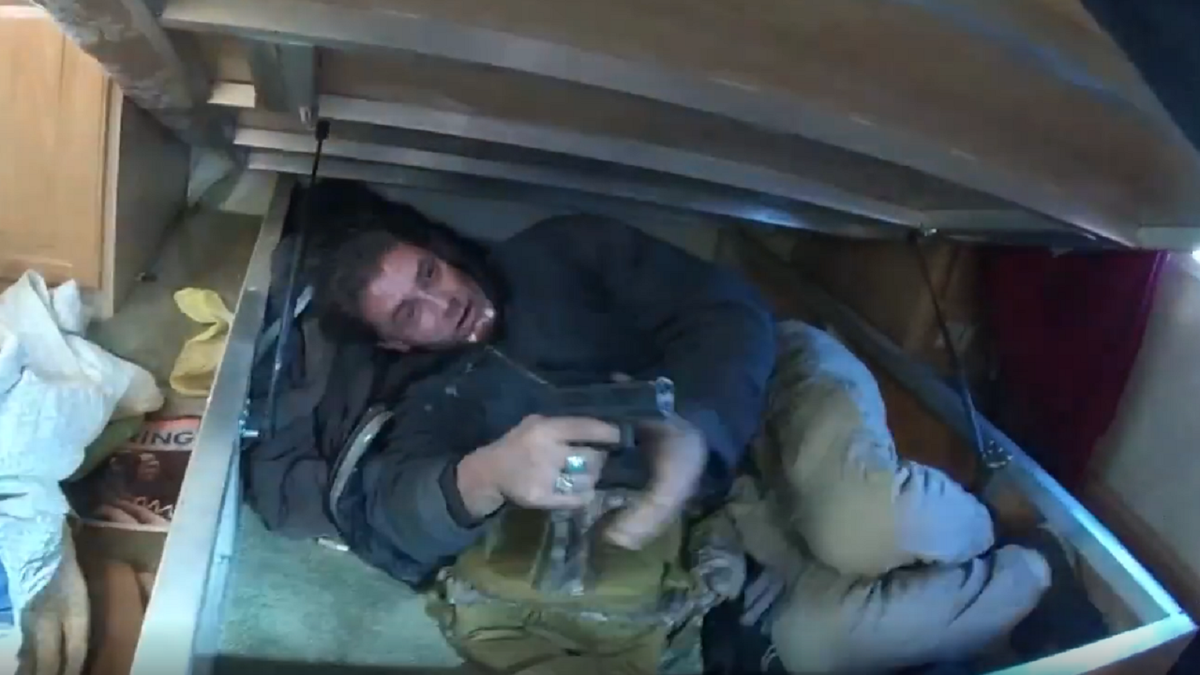