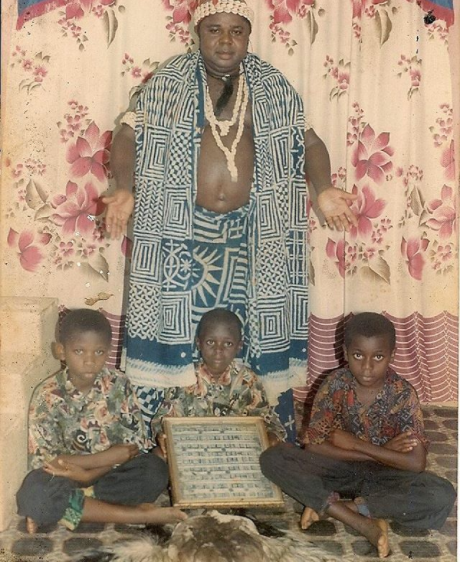 Internet sensation Speed Darlington, who is the son of late singer and traditionalist, Pericoma, is shading singer Davido for always announcing who his father is and using his name to climb the social ladder. He just shared a throwback photo of himself and his siblings with his father taken so many years ago, then said that though his father was well known, he never used his name to get anywhere unlike Davido aka OBO.

He wrote: “I never use his name to get myself anywhere even though I could. Unlike #obo whom is always announcing.