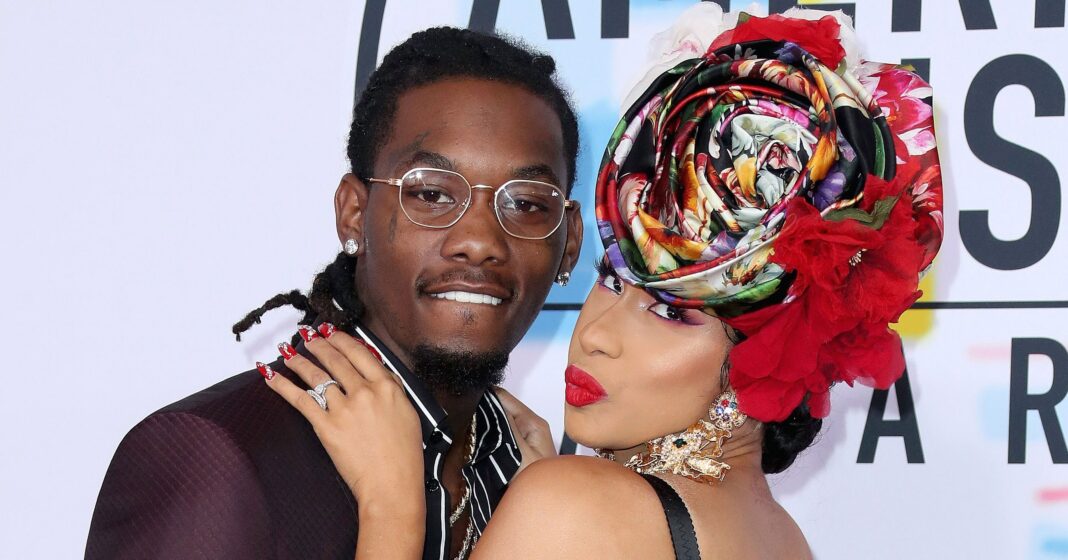 Another year down. Cardi B celebrated her second wedding anniversary to Offset in a personal Instagram post on Saturday, September 20.

Cardi B and Offset: A Timeline of Their Relationship

“9/20/17 Happy marriage anniversary hubby❤️ We keep learning and growing. That’s what marriage about,” the “I Like It” rapper, 26, captioned a photo of the couple posing for the camera.

Offset, 27, posted his own Instagram tribute to his wife — a video montage of some special moments in their relationship. In one clip, the “Money” rapper appears to be in labor. His song “Don’t Lose Me,” a song about his relationship struggles with Cardi, plays in the background.

“Today is our anniversary nobody believed it was real,” the Migos rapper wrote. “We got married without nobody knowing because it was only between us and God! Now we have beautiful Kulture and a big family. I love you 4ever and after life. ❤❤❤.”

The couple weren’t always in a positive place. In December 2018, Cardi announced on Instagram that she and her husband were splitting up in the midst of infidelity rumors on his part.

“We got a lot of love for each other, but things just haven’t been working out between us for a long time,” she said at the time.

He made a public apology to his wife one week later on Instagram.

“I was partaking in activity that I shouldn’t have been partaking in, and I apologize. You know what I’m saying? For breaking your heart, for breaking our promise, for breaking God’s promise and being a selfish, messed up husband,” the “Clout” rapper said.

In February, Cardi began wearing her 8-carat diamond engagement ring again. The couple officially made their reconciliation public on the red carpet at the 2019 Grammy Awards — with a lick.

Cardi and Offset married in September 2017. They are the parents of daughter Kulture, 14 months.