Breaking news: It’s so hot you can grill burgers on your dashboard: Historic heat wave sweeps across much of US 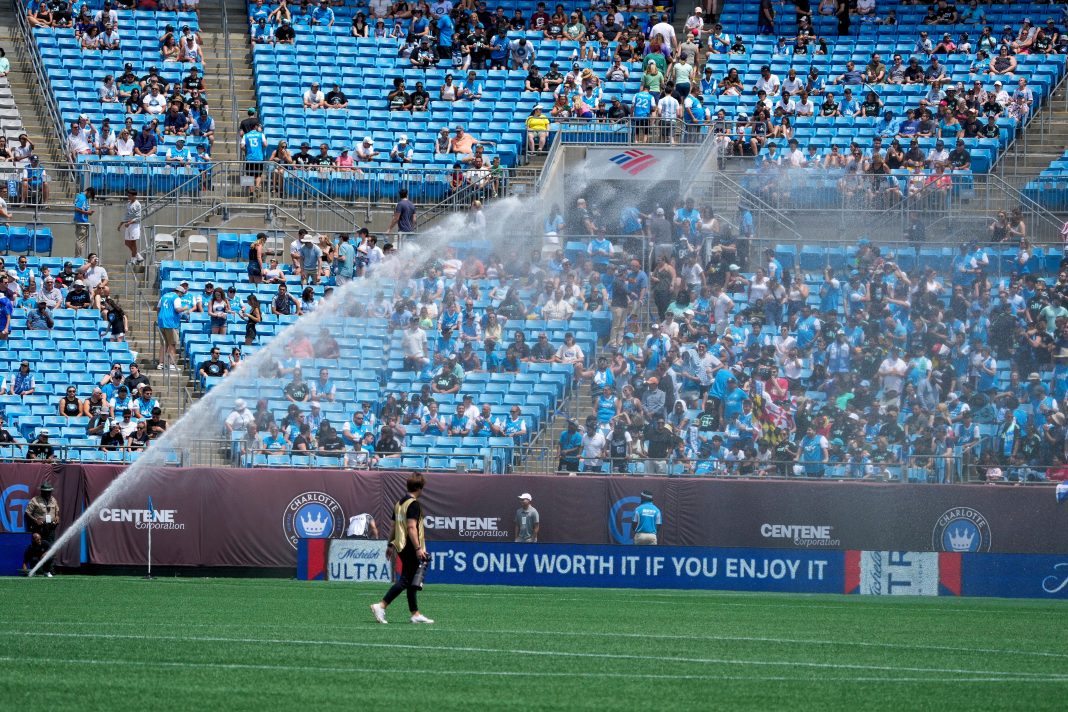 A historic heat wave in the West was forecast to roll eastward this week after Phoenix, Las Vegas and Denver joined a plethora of cities and towns posting record temperatures, and more than 50 million Americans sweltered under heat advisories.

Southerly winds will pump hot, humid air into the eastern two-thirds of the nation through Wednesday, forecaster WeatherBug warned. The result: temperatures ranging from 10 to 30 degrees above normal for this time of year.

Blame a northward bulge in the jet stream that unfolded over the Southwestern states this week, allowing air more typical of midsummer to spread over the region. A “drastic and intense warmup” is on tap for more of the nation this week as the jet stream lifts north, AccuWeather warned.

“A large heat dome will become more expansive over the central states, Midwest and Southeast over the next several days,” AccuWeather senior meteorologist Dan Pydynowski said.

The weather service in Nashville, Tennessee, warned of temperatures nearing 100 degrees later in the week.

“Here’s the bigger issue: Morning lows are only going to *cool* into the upper 70s with VERY humid conditions,” the service posted on Twitter. “Continuous heat like this can cause #Heat illnesses and injuries to vulnerable populations.”

The overall weather pattern has been largely stuck in place for more than a week, which allowed heat to build across the central United States and the desert southwest.

Denver reached 100 degrees Saturday, a record for the day and the earliest in the summer the city ever hit triple digits. Temperatures surpassing 100 degrees were also moving across parts of New Mexico and Texas.

The excessive heat that’s been gripping much of the Lone Star State is far from over, AccuWeather forecasters warn. And as it expands into the Plains, rounds of severe weather are emerging.

“Some impressive tree damage on east side of K-State campus with buildings damaged,” the weather service in Topeka, Kanas, tweeted Sunday. “A lot of multi-directional tree fall and substantial limbs 4-8″ diameter carried a long ways.”

The weather service in Pittsburgh warned storms could move across western Pennsylvania along with a heavy dose of high heat: “If you are not a fan of the heat, well … only 192 days until the 1st day of winter.”

In California, thousands of residents headed for the beach.

“Just to escape the heat, really,” San Bernardino resident Christine Ramirez told KABC-TV on Newport Beach. San Bernardino could see 100 degrees later in the week. “We just wanted a family day so we all just came out. … Get early parking, and stay out here the whole day.”

At least the heat that found Death Valley was not a threat to the all-time record. It topped out at 134 degrees July 10, 1913.

In Arizona, meteorologists warned of high “heat risk” until Monday as highs soar up to 115 degrees. Residents were warned to limit outdoor activities. In Phoenix, TikToker Joe Brown’s thermometer showed a temperature of 202 degrees inside his car.

“The patties were well done and that’s how I like my hamburgers, so I know this is going to be good,” Brown said as he scooped them up from a tray that had been sitting on the dashboard. “If you are ever too lazy to cook on your stove, just cook in your car. This burger was a definite 10 out of 10.”