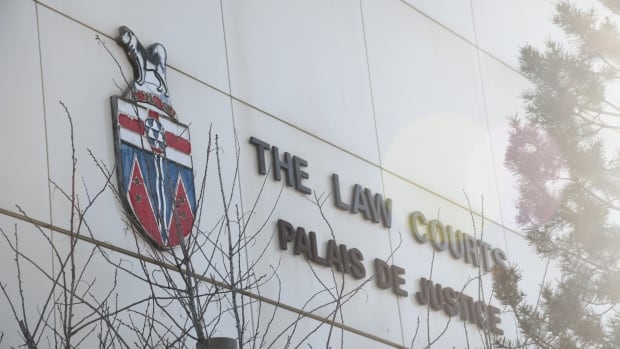 Prosecutors have stayed 19 drug-and-gun-related charges against a Yukon man after a judge ruled a large portion of evidence inadmissible in court, citing the “profound failure” of RCMP officers to respect Charter rights.

The failures included searching the man’s house without a warrant, keeping him detained in handcuffs for an unreasonable amount of time, and not informing him of his right to a lawyer in a timely fashion.

Crown attorney Noel Sinclair entered the stay of proceedings — essentially, where the Crown opts to end a prosecution — against Jonathan Baglee on Thursday.

The move came about three months after territorial court Judge Karen Ruddy, following an application from Baglee, ruled that RCMP officers had over-reacted to the situation and any evidence collected during the warrantless search, including firearms, cocaine and verbal statements, could not be used in court.

Baglee was arrested on July 30, 2019 after RCMP officers assisting with the nation-wide search for two teens wanted for a murder spree in northern B.C. heard the sound of gunshots in the distance.

According to Ruddy’s decision, B.C. RCMP had received a tip that the teens had been seen at a highway rest stop near Jake’s Corner, approximately 80 kilometres southeast of Whitehorse.

Yukon RCMP Const. Joseph Miller and Cpl. Cameron Long were checking the area when they heard three gunshots, followed by another five to six, and decided to investigate.

The officers followed the sound to Baglee’s home, about three kilometres down the Alaska Highway, where they noticed bullet casings on the ground. Baglee’s partner and then Baglee came out of the house and told police she’d been firing a .22 calibre rifle, which the officers said they didn’t believe based on the casings.

During the interaction, Baglee’s partner said she may have also fired a .308-calibre rifle and that there was a shotgun in the house; Baglee also admitted he was under a court order at the time prohibiting him from possessing firearms.

Police arrested and handcuffed Baglee and Long decided to “clear the house,” entering Baglee’s home without a warrant and doing a “tactical walk-through,” according to Ruddy’s decision.

Baglee also admitted to having cocaine in his garage, which the officers again searched without a warrant.

Police later obtained a search warrant for Baglee’s property, but not before locating three firearms. They found six additional firearms, along with firearm accessories and drug paraphernalia, during the warranted search.

Ruddy, in her decision, found that both Long and Miller allowed the unrelated nation-wide manhunt for the teens unduly influenced their approach to what would be an otherwise mundane situation — the sound of gunshots in rural Yukon near hunting season.

While there are situations during which police officers may be justified in entering a home without a warrant — responding to a 911 call, or where there’s evidence of someone in immediate distress, for example — Baglee’s case was not one of them, Ruddy said.

As well, Ruddy ruled that there was no reason to keep Baglee detained for more than a few minutes, noting he was cooperative, posed no imminent threat and, other than the initial deceit about the .22 rifle, was “honest to a fault.” However, he was detained for more than an hour, during which police asked him questions, and wasn’t informed of his right to seek legal advice until he was brought into Whitehorse.

Ruddy also noted that Long and Miller, when taking the witness stand during the hearing of Baglee’s Charter application, were “defensive” or “non-responsive” when pushed on why they decided to investigate the sound of gunshots and their approach to the investigation. Long, for example, insisted that the second round of gunshots he heard must have come from an illegal firearm despite not being sure about the actual number of shots fired, while Miller said he’d feared being first in the line of fire as he drove up to Baglee’s house despite no evidence the he was going to be shot at.

Their testimony also differed from each other’s — Long has testified that he and Miller had put on body armour while still at the rest stop, for example, while Miller said he didn’t have armour that day.

Ruddy ruled that Miller and Long’s actions violated Baglee’s section 8, 9 and 10(b) Charter rights — the right against unreasonable search, the right to be free from arbitrary detention and the right to have the opportunity to get legal advice.

The violations were “neither transient or trifling,” Ruddy continued, but a “profound failure” to respect Charter norms; the unwarranted search saw police go through every room in Baglee’s house, and the drugs and guns found were crucial to the Crown’s case.

Baglee’s lawyer, Vincent Larochelle, said in an interview after the Crown stayed the charges against Baglee that his client was “certainly very happy… that the whole ordeal has come to an end.”

“It’s obviously been a very long and painful process for him,” Larochelle said.

He added that Ruddy’s ruling, and the Crown’s staying of charges, vindicated not just Baglee’s rights, but the rights “of Yukoners in general.”

“It seems to be a fairly common thing in the Yukon for police officers to make warrantless searches of either residences, individuals or their vehicles,” Larochelle said.

“What we need to understand is that it’s only when the police violate the Charter and find something illegal that it makes its way to court… (Judges) don’t get to see the times when police violate people’s Charter rights and nothing happens and no charges are laid.”

About 90 items seized by police from Baglee’s house, include various firearms, ammunition, cash and dummy grenades will be returned to him, while 18 items, including a Beretta 92 pistol, .9mm handgun and cocaine, will be forfeited.