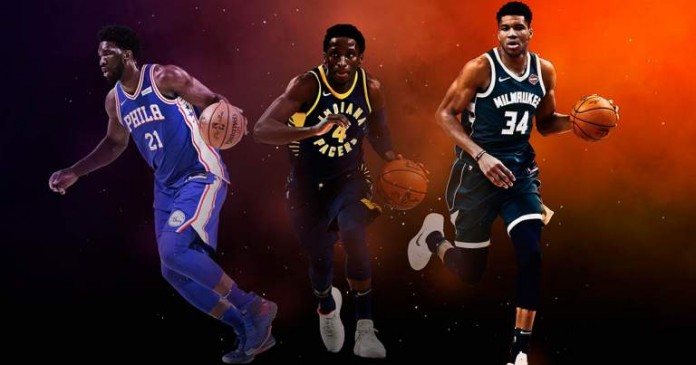 Their individual performances have been nothing less than remarkable and to put stamps on their level of play and entertainment value, all three have been named as All-Stars and will take to the floor during the All-Star Game on Sunday, February 18.

Making his second All-Star appearance, Antetokounmpo continues to be a leading figure at his franchise and coincidentally led the Eastern Conference team in scoring during last year’s encounter, pacing the team with 30 points.

His numbers include an average of 28.4 points, 10.1 rebounds and 4.7 assists per game, while also averaging about 37.3 minutes per game. Antetokounmpo is second in steals and blocks per game, and is shooting 55 percent from the field, 31 from 3-point range and 76.4 from the free-throw line.

He played in both of Milwaukee’s games over the past week and averaged a double-double. The Greek Freak’s top performance was in the Buck’s 116-91 victory over the Brooklyn Nets on Saturday with a 41-point, 13-rebound double-double.

The sensational Embiid will be making his first appearance at the NBA’s mid-season showpiece event and is slated to participate in the Rising Stars game alongside top rookies and fellow sophomores, as well as the main event on Sunday.

As the keystone of the Sixers squad, Embiid is a sensation to watch and manages to go toe to toe against even the more experienced big men in the league, often managing to dominate them.

Embiid played in all four of Philadelphia’s games over the past seven days and also averaged a double-double. His standout performance was in the Sixers matchup with the Oklahoma City Thunder on Monday morning, in which he had a 27-point, 10-rebound double-double.

Oladipo will also have his first All-Star appearance next month. The guard has had an explosive start at his new home in Indiana since arriving there at the start of the season.

Oladipo started in all of Indiana’s four games over the past week and scored in double digits in all of them. His most notable performance was in the Pacers’ 114-112 victory over the Orlando Magic on Sunday in which he had 24 points, five rebounds and six assists as well as the game winner.

If you have any comments and suggestions regarding our selections this week, tweet us on @wowplus1 with your thoughts.

Joel Embiid is African Player of the Week @therealkaunda @kesesports