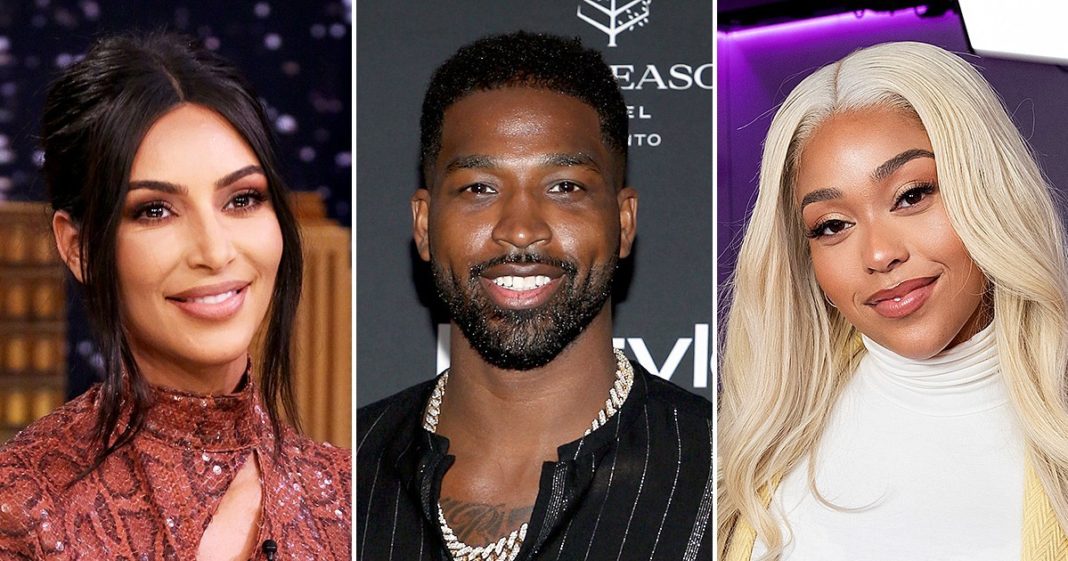 Taking the higher road? Kim Kardashian is known to get heated with her words when it comes to protecting her family, but it seems she’s found her zen following the cheating allegations surrounding Tristan Thompson and Jordyn Woods.

“I think there’s always a time and a place for everything and I think boundaries are good, lessons are good, forgiveness is good,” the KKW Beauty founder, 38, told Entertainment Tonight on Tuesday, April 2, when asked about the headline-making scandal. “It’s all good, but you really have to talk to the people that were more involved.”

Kim’s comments come less than two months after Us Weekly confirmed Khloé Kardashian had split from the 28-year-old Cleveland Cavaliers player after he was caught “making out” with Woods, 21, who is Kylie Jenner’s best friend.

Khloé — who shares 11-month-old daughter True with the athlete — stuck it out with Thompson for nearly 10 months after news broke he had cheated on her with multiple women while she was pregnant. Despite the infidelity, a source told Us last month that “Khloé is doing really well.”

The insider added: “She’s loving being a mom and happy to have the Jordyn and Tristan drama behind her. She’s looking forward to the future, not the past.” Though the drama is technically behind her, Khloé, 34, will have to relive the nightmare when it plays out on season 16 of Keeping Up With the Kardashians.

“It just sucks it has to be so public. I’m not just a TV show, this is my life,” the Good American cofounder said through tears in the emotional trailer for the hit E! reality show. “Sometimes the world forgets to be kind, and that we’re all going through something.”

Kim, for her part, is looking forward to welcoming her fourth child — a baby boy via surrogate — with husband Kanye West.

“I love my surrogate, we have a really good relationship. I really trust her and I definitely see, like, the first time that I went through it, I was a little bit more anxious, and texting more and calling more, and I feel like my surrogate this time around, really is such a protecting person and I really trust that in her,” she told ET on Tuesday. “So, I feel really calm and at ease. I don’t know if it’s a fourth kid thing or, we’ve been through the surrogacy before, you just get a little bit more calm as they go.”