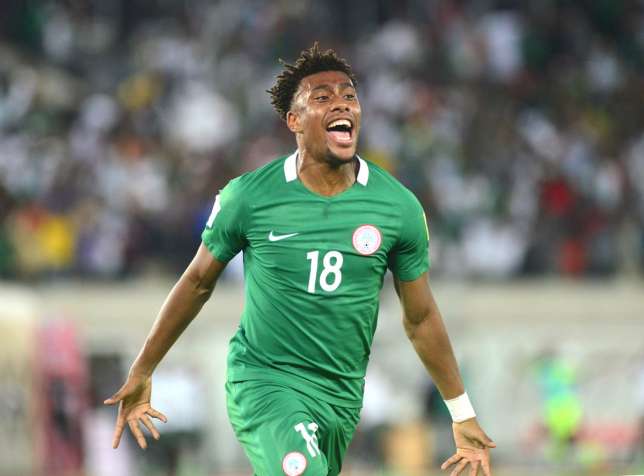 Alex Iwobi is trying to end his own career

Iwobi has to learn or end up not fulfilling his critically acclaimed potentials.

Football prodigies emerge every year, young and insanely talented players who are immediately projected for the stars.

Of course not all of these youngsters go on to make it into the elite group but the line that separates those that make it and those that don’t are often thin as a rail.

This line is what Nigerian talented youngster Alex Iwobi is in the danger of crossing; from one of the best young players in the world to just another footballer who will be kicking the round leather object around just to make ends meet.

It’s been an unreal two years for Iwobi who has made the jump from the Arsenal Academy to the senior team.

Now a bonafide football star, the 21-year-old has played in a host of big Premier League and Champions League games.

He has an FA Cup title to his name, played in and won the Community Shield, plays for one of the biggest clubs in world football, a regular with the Super Eagles and about to fly to Russia for his first FIFA World Cup tournament.

These achievements are dreams of several players around the world, some even hang up the boot without the luxury of any of the aforementioned achievements.

At 21, Iwobi has them and with the world at his feet for the taking, he is on the verge of throwing it all away.

Arsenal manager Arsene Wenger at a press conference on Tuesday, January 9 revealed that he will fine Iwobi for partying the night before their shocking FA Cup defeat to Nottingham Forest on Sunday, January 9.

Iwobi was filmed at a house party having the time of his life the night before a game which he struggled in.

Nothing reeks of callousness, indiscipline and irresponsibility for a professional footballer more than this. Wenger branded it ‘unacceptable’ and that’s how disappointed the Arsenal manager must have been.

Partying all night 48 hours before a game is not even healthy for a footballer and the team in general.

The best players in world football did not achieve that status by recklessly partying before games. The likes of Lionel Messi and Cristiano Ronaldo are well known for their strict dieting and regimented lifestyles. That’s the sacrifice required to excel at the top level. Iwobi should be looking to imitate that.

He seems to have a lot to work on. Just recently Arsenal midfielder Jack Wilshere revealed that Iwobi is the most fined Arsenal player for lateness.

“Alex Iwobi gets fined the most at Arsenal for late coming. (Per) Mertesacker can’t believe it, which is fair,” Wilshere said in an interview on Soccer AM.

Football talents are a dime a dozen in Nigeria and Africa but while players from these regions are lacking in discipline and focus, their European counterparts are in top gear.

And that’s why there have been clear differences in what they go on to achieve.

The most focused and disciplined players are the most successful. Iwobi should learn this or end up not fulfilling his critically acclaimed potentials.