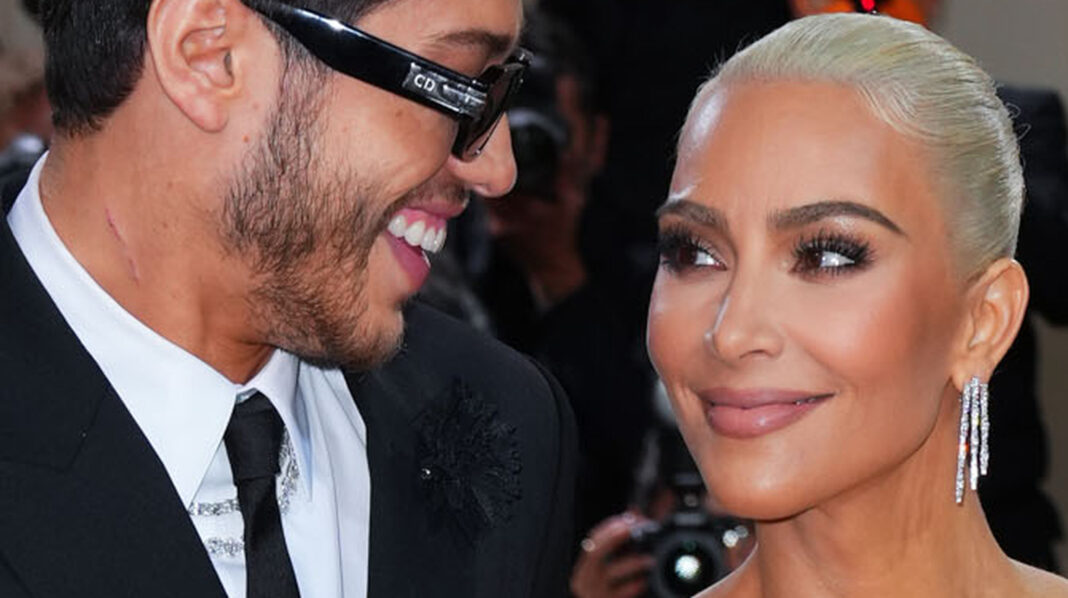 Kim Kardashian hosted “Saturday Night Live” on October 9, 2021, after much hype — and the event was absolutely major. Dave Chappelle and Amy Schumer offered feedback on some of Kardashian’s material, according to TMZ, but really, it was all her. Her delivery, content, and outfits were absolutely spot-on. But of all the monologues and skits of the night, the one that’s lasted in the cultural subconscious is the Jasmine and Aladdin skit featuring her and Pete Davidson.

Surprisingly, the pair had actually met before this. At the 2021 Met Gala, Kardashian ran into Davidson and admitted to him that she was freaking out. “He was like, ‘Can you read cue cards? You’re good,'” the SKIMS founder recounted on the first episode of Hulu’s “The Kardashians” (via Vulture). Davidson then offered her his number, but there was a hitch. “I had gloves on and I couldn’t get in my phone with the gloves and I was like, ‘Oh, I have gloves and I can’t…’ And he was like, ‘Alright cool.’ And he walked away,” she explained to Amanda Hirsch on the “Not Skinny But Not Fat” podcast.

Not to worry, though. The pair got more one-on-one time during their skit on “SNL,” where their characters kissed. “When we kissed, I was just like, hmm. … It was a stage kiss, but it was still like a little zing, you know? … It wasn’t anything like a super crazy feeling. I was just like, hmm,” Kardashian said on the podcast. Obviously, it was the beginning of something.