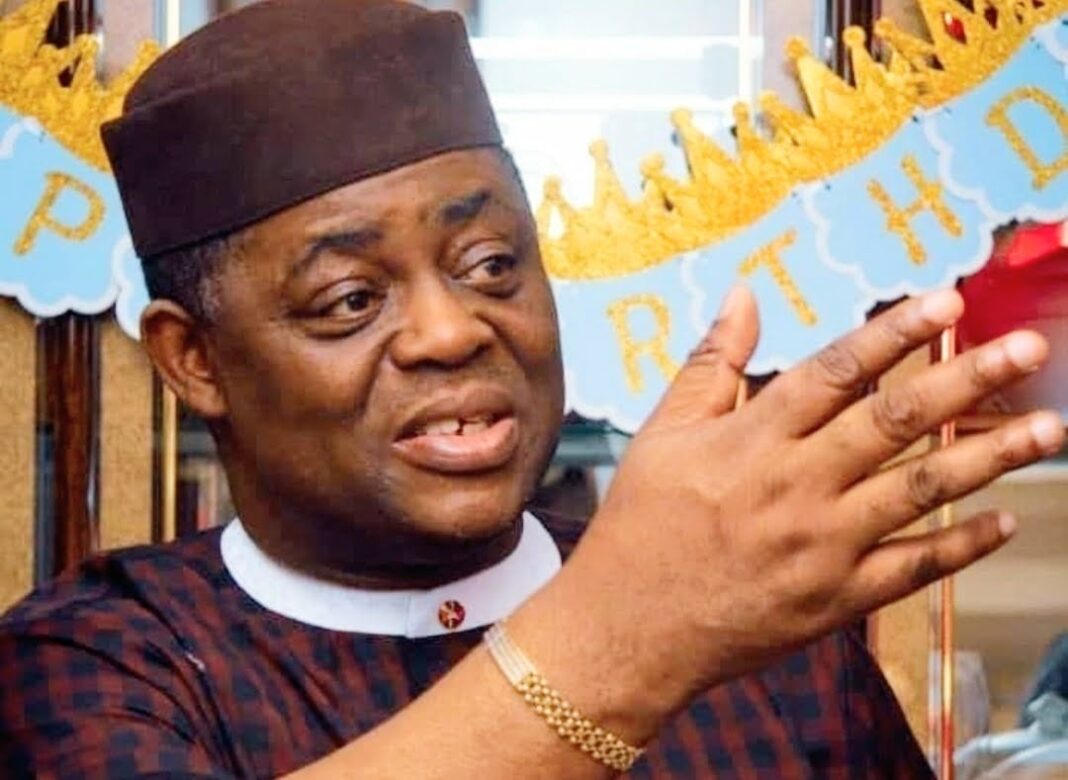 A spokesman of the All Progressives Congress, APC presidential campaign council and former Aviation Minister, Femi Fani-Kayode, said the Peoples Democratic Party, PDP, is like a man that had one of his testicles removed.

He reiterated that the APC presidential candidate, Ahmed Bola Tinubu will win the forthcoming election with a huge margin.

Fani-Kayode made this disclosure in a Channels TV interview monitored by DAILY POST on Monday.

“I believe APC will do well in Nasarawa, Niger, Kagi, Plateau, and Kwara states.

“In North West states, APC we will do well. In Kaduna state, Zamfara, Kano states. With three-four states in the Northwest, we are going to do much better, so when you aggregate the figures, I believe that Ahmed Bola Tinubu will be elected the president of the federal republic of Nigeria come 2023 with a big margin.

“It is PDP that has to worry about the South East states not APC, because traditionally it has been the stronghold of PDP, but this is not so anymore.

“The Peoples Democratic Party, PDP is totally divided. PDP is like a man who had one of his testicles removed. Five governors are opposed to them now, I will say 5 and a half governors, one of the governors called me the other day and expressed his dissatisfaction with what is going on at PDP. It appears to me that this is something that can’t be resolved.”

Also, he stated that the emergence of the Labour Party, LP, presidential candidate, Peter Obi has further crippled PDP’s chances of winning the 2023 election.

He says, “Peter Obi, Labour Party presidential candidate, has done the greatest damage to PDP, by simply attracting votes in the North central areas, which are traditionally PDP areas. Places like Plateau, Edo, Delta, South Eastern states. So where are they going to get the support from?”.