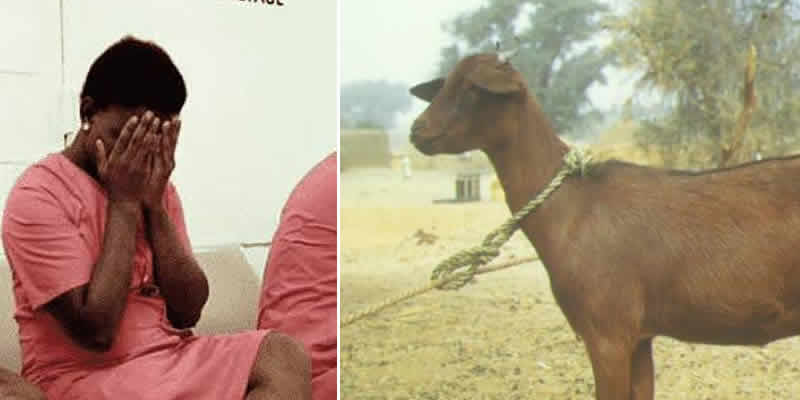 Wowplus learnt that the convict stole a she-goat belonging to one Fausat Adegboga on Sunday, January 5 in Agunbelewo area of Osogbo metropolis.

While presenting his case in court, the prosecutor identified as Abiodun Fagboyinbo told the court that “Sadiat Jimoh and one other at large on January 5, at Agunbelewo in Osogbo did conspire to commit felony to wit stealing.

Fagboyinbo further added that the offense committed is contrary to and punishable under sections 516 and 390(9) of the Criminal Code Cap 34 Vol. Laws of Osun State Nigeria 2002.

The convict who was arraigned in court on Tuesday, January 7 pleaded guilty to the two-count charge bordering on conspiracy and stealing.

She further added that she wanted to use the proceeds from the sale of the goat to treat her son.

While reacting on the incident, the defense counsel of the convict, Abimbola Ige pleaded with the court to temper justice with mercy.

The magistrate ruled that the victim was jailed for six months with a N15,000 option of fine.