Why Liam Hemsworth filed for divorce from Miley Cyrus 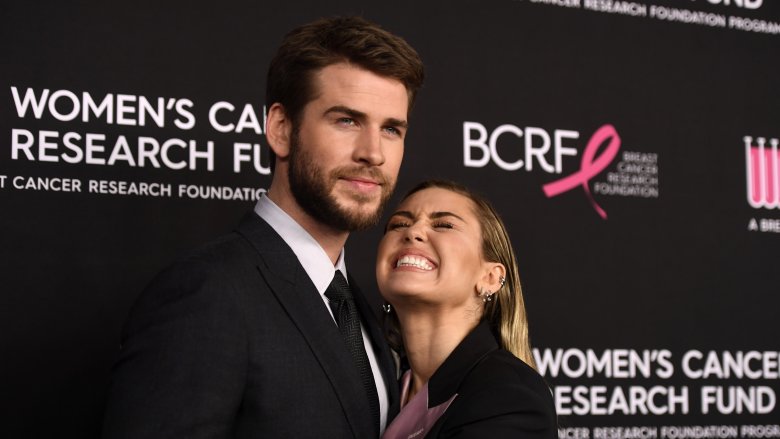 Less than two weeks after Liam Hemsworth and Miley Cyrus announced their separation, the Hunger Games star officially filed for divorce from his wife of seven months.

According to court documents secured by ET, Hemsworth cited “irreconcilable differences” and asked the court to deny any request for spousal support due to the terms of the couple’s prenuptial agreement. Hemsworth also asks that he and Miley, who met on 2010’s The Last Song, pay their own attorney’s fees.

Another unnamed source told ET that Liam’s divorce filing was an inevitable conclusion to their high-profile romance. “Liam’s decision to file for divorce is sad, but in the end, it was never going to work,” the source explained. “They are too different. Liam never wanted to share Miley with anyone. He loves her and he is far too traditional. He finally realized he just wants to start fresh.”

The source added that Liam felt “it was time to move on” before the media and publicists started dealing in negativity. “At first, Liam wanted to just give it time but he finally felt like things were getting nasty and he didn’t want to drag it out publicly,” the source said. “He decided it was all too much.”

Miley’s team responded with an insider who told People that although the former child star was “disappointed” in Liam’s decision, she is “doing well” and has “obviously moved on” from the relationship. “What she and Liam had for a long time was very special,” the insider explained. “It’s just hard for her to think that she will never have this again with Liam. There are really so many things that she loves about him.”

The way Miley quickly and publicly “moved on” with Kaitlynn Carter may have been the driving force behind Liam’s quick decision to terminate the marriage. According to yet another ET report, Liam was reportedly “heartbroken” and “crushed” by all the Miley and Kaitlynn PDA photos, but that’s just Miley being Miley according to the source: “Miley doesn’t want to answer to anyone. She still feels the need to explore herself, her sexuality and her music.”

Another source told People that Miley was struggling with her identity during their relationship. After coming out as pansexual in 2016, the “Party In The USA” singer reportedly felt trapped in the traditional marriage and “didn’t want to hold back” in being “true to herself.” But if she stayed with Liam, that “was just not possible.” The sourced added: “For them to be happy, she had to change as a person too much. She knows not being with Liam will make her happier in the long run.”

In her first public comments about the split, Miley Cyrus took to social media to write a series of tweets to push back on claims she cheated on Liam Hemsworth and to address the pressure she endures by living a very public life.

“I can accept that the life I’ve chosen means I must live completely open and transparent with my fans who I love, and the public, 100% of the time. What I cannot accept is being told I’m lying to cover up a crime I haven’t committed. I have nothing to hide,” Miley began, instantly addressing the cheating rumors.

She then described numerous incidents that became fuel for the tabloid machine: cheating in relationships, experimentation with drugs, songs about molly, losing a Walmart deal for “ripping a bong,” and losing a role in Hotel Transylvania for “buying Liam a penis cake for his birthday and licking it.” Miley also claimed that she has more nudes on the Internet “than maybe any woman in history.”

But despite those mistakes, Miley says that once she reconciled with Liam, she was committed to making their relationship work — so she asks that the media stop turning their divorce into sensationalism. “There are NO secrets to uncover here. I’ve learned from every experience in my life. I’m not perfect, I don’t want to be, it’s boring. I’ve grown up in front of you, but the bottom line is, I HAVE GROWN UP,” she writes.

“I can admit to a lot of things but I refuse to admit that my marriage ended because of cheating,” she continued. “Liam and I have been together for a decade. I’ve said it before & it remains true, I love Liam and always will.”

The former Hannah Montana star said she “made a healthy decision” to leave this part of her life behind in an effort to grow as a person. “I am the healthiest and happiest I have been in a long time,” she said. “You can say I am a twerking, pot smoking, foul mouthed hillbilly but I am not a liar.”