The real reason why Meghan and Harry staff keeps quitting 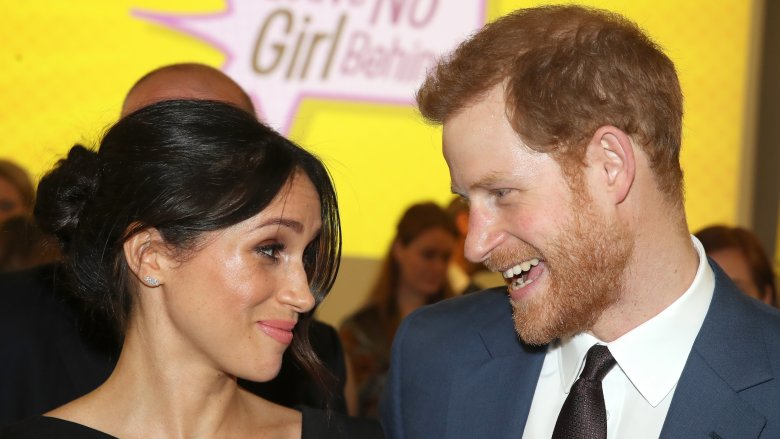 Thank heaven the monarchy doesn’t have a Glassdoor page, because Prince Harry and Meghan Markle just can’t seem to hold onto employees. The couple have reportedly gone through three nannies — and counting — within just five months since baby Archie was born, and before that, the Duke and Duchess of Sussex had already developed a reputation for a revolving door staff.

The first to go was reportedly Prince Harry’s “right-hand man” in April 2018, Edward Lane Fox. Duchess Meghan and Prince Harry’s senior communications secretary, Katrina McKeever, resigned in September 2018. McKeever, according to the Daily Mail, served as a liaison for Duchess Meghan’s family, and if you know anything about certain members of that crowd, she probably didn’t have an easy job (through no fault of the Duchess).

Next was Duchess Meghan‘s personal assistant, Melissa Touabti, who resigned in November 2018 after working for the Duchess for just six months. A source told Mirror that Touabti couldn’t withstand the pressures that came with working for the former Suits actress, explaining, “She put up with quite a lot. Meghan put a lot of demands on her and it ended up with her in tears. She is hugely talented and played a pivotal role in the success of the royal wedding. She’ll be missed by everyone in the household.” The insider added, “Melissa is a total professional and fantastic at her job, but things came to a head and it was easier for them both to go their separate ways.”

In the same month, The Sun reported that Queen Elizabeth II warned Prince Harry and Duchess Meghan about the newly minted royal’s conduct, with insiders alleging that Duchess Meghan couldn’t drop her high Hollywood standards and adjust well to royal life. (Considering her biggest role was on a basic cable drama, you may want to take that with a heaping grain of salt.) The issues at the time reportedly revolved around which tiara Duchess Meghan would wear for the royal wedding, with a source revealing, “The message from the Queen was very much Meghan needed to think about how she speaks to staff members and be careful to follow family protocols.” The insider added, “Meghan can be difficult. She has very high standards and is used to working in a Hollywood environment. However, there’s a different degree of respect in the royal household and Kate [Middleton] has always been very careful about how she has acted around staff.”

Biographer Robert Jobson alleged in his book, Charles At Seventy  that Prince Harry and Duchess Meghan’s wedding in May 2018 put a major strain on most royal staff, going beyond tiffs about tiaras. One insider said in the book that Harry got “petulant” with staff, telling them, “What Meghan wants, she gets.” Another defended the Duchess, noting (via Mirror), “She is simply not afraid to express her opinion. While many find her a little pushy there are many in the royal household who have quickly taken to her.” The Sun also reported that tensions were so high leading up to the royal wedding that Kate Middleton snapped at Duchess Meghan for allegedly berating her staff, though Kensington Palace later denied the claim.

In late 2018, the tabloid rumor mill ahead of Prince Harry and Duchess Meghan’s wedding was in such full swing that outlets like the Daily Mail attributed things like her being “an early riser” and texting staff “six or seven” times a day as problematic behavior. These categorizations of Meghan, dubious as they were, bred monikers like “Duchess Difficult” and “Me Gain,” according to Express.

During this period, The Sunday Times reported that Samantha “The Panther” Cohen, the couple’s interim private secretary, made it known that “interim” was the key word in her employment and that she was leaving her post after the birth of Harry and Meghan’s baby in spring 2019. According to the outlet, Duchess Meghan had wanted Cohen, who previously served as Queen Elizabeth II’s personal secretary, to stay on permanently. “Sam will be a huge loss,” a source close to the Duchess told the outlet. “Going forward, Meghan might need someone cut from a slightly different cloth to traditional courtiers, who is not a career civil servant or royal insider. Meghan needs someone with reserves of energy and patience to help her define her future role.”

Still, more exits came. In January 2019, People revealed that Duchess Meghan’s bodyguard resigned after less than a year on the job, a move that reportedly “gutted” the Duchess. In March 2019, Harper’s Bazaar additionally reported that Duchess Meghan’s assistant private secretary, Amy Pickerill, resigned, but that their parting was an amicable one.

It’s important to note, however, that it seems like no one stateside ever appeared to complain about Duchess Meghan’s alleged diva ways, and it’s also unclear who the unnamed sources calling the Duchess of Sussex “difficult” really are. Royal expert Omid Scobie told Us Weekly, “I’ve gotten to know the people who Meghan has in her work world, and I’ve never heard a bad word said about Meghan. Whether it’s members of charities going into the palace for meetings to work with her or household staff, everyone has a pleasurable experience working with her. They’ve really enjoyed her energy and personality. When you hear reports that she’s demanding or a diva, it’s hard to see where any of that comes from.”

Scobie did admit however, that Duchess Meghan’s American background may have provided some issues with her alleged tone, which he says still isn’t actually outright unpleasant. Scobie says that there are “cultural differences” at play more than an attitude problem, noting, “I’m sure there are people in the royal household who don’t agree with some things that she does or with her delivery. Americans are direct when it comes to business, and Brits are reserved. So of course some things can be misread at times.”

Indeed, another royal expert, Victoria Arbiter, told Express that rumors of Meghan being difficult to work with stemmed from “absolutely nothing.” Citing the drama surrounding Samantha Cohen’s exit, Arbiter pointed out that the secretary was never meant to work with the House of Sussex in the long term from the very beginning of their agreement.

Of course, there’s allegedly another big reason why Prince Harry and Duchess Meghan’s staff are leaving, and it’s a pretty simple one: It’s a tough gig that doesn’t pay well. Dickie Arbiter, who worked as a press secretary for Queen Elizabeth II for 12 years (five of which were spent primarily with Prince Charles, the late Princess Diana, and their children), explained to Global News that working for a young royal family is essentially a recipe for burnout.

Arbiter also explained how the hierarchy of royal staffing works, and it may explain why Prince Harry and Duchess Meghan can’t keep workers for very long — and it has nothing to do with the Sussexes’ character. “A lot depends on work structure. The Queen has three [aides], all overlap so as to provide 24-hour cover,” Arbiter said. “Further down the line there are less staff, but each household employs by choice.” He also added the most basic reason of all: “We work to earn good money and the private sector is a lot more lucrative.”