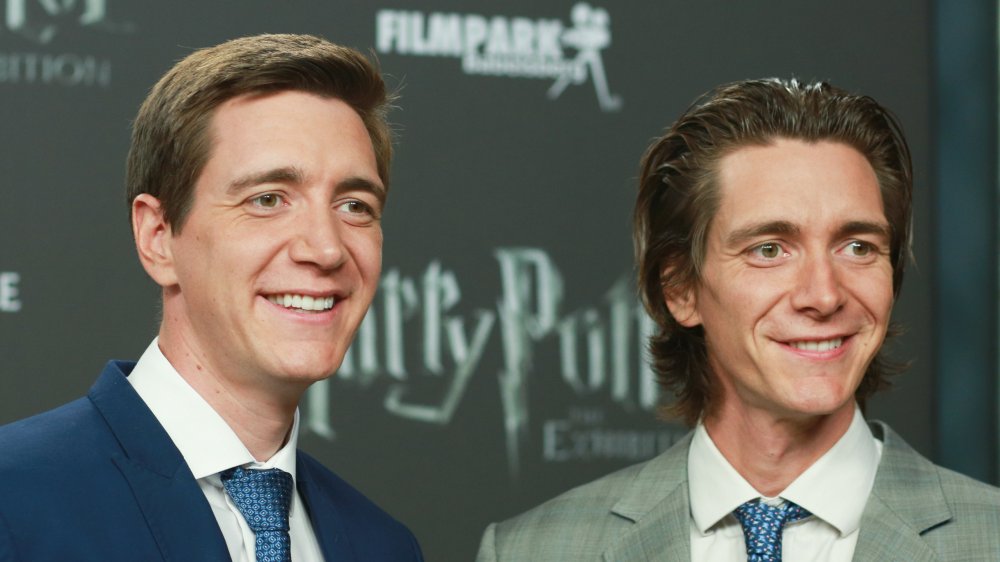 When James and Oliver Phelps were interviewed about their upcoming post-Potter lives in 2011 by The Guardian, the two were hopeful about their separate careers. “We want to continue acting but not necessarily together,” explained James. “We’ve had a few meetings with casting agents in the States but there is a perception that we come as two. I said I want to do individual stuff and one guy just said ‘Oh no, I don’t see that happening.’ I shut off as soon as he said that, I wasn’t interested.”

Of course, the two actors are also quick to thank the franchise for the opportunity to dive into such an immensely popular world. In 2018 at a MegaCon convention in Tampa Bay, the twins discussed their relationship to author J.K. Rowling. “She’s just an incredible woman,” gushed James (via Inside the Magic). “Who I owe, pretty much more than half my life because of her. She’s been very, very good with us.”

All things considered, the two probably owe more than half their lives to Rowling as they’re still doing Harry Potter-related events. If you take a peek at their acting credits, neither have done much outside of magical franchise (James seems to have done more than Oliver). Instead, the boys are still sticking to attending theme park openings and exhibitions — giving Potterheads all over the world exactly what they’re after.