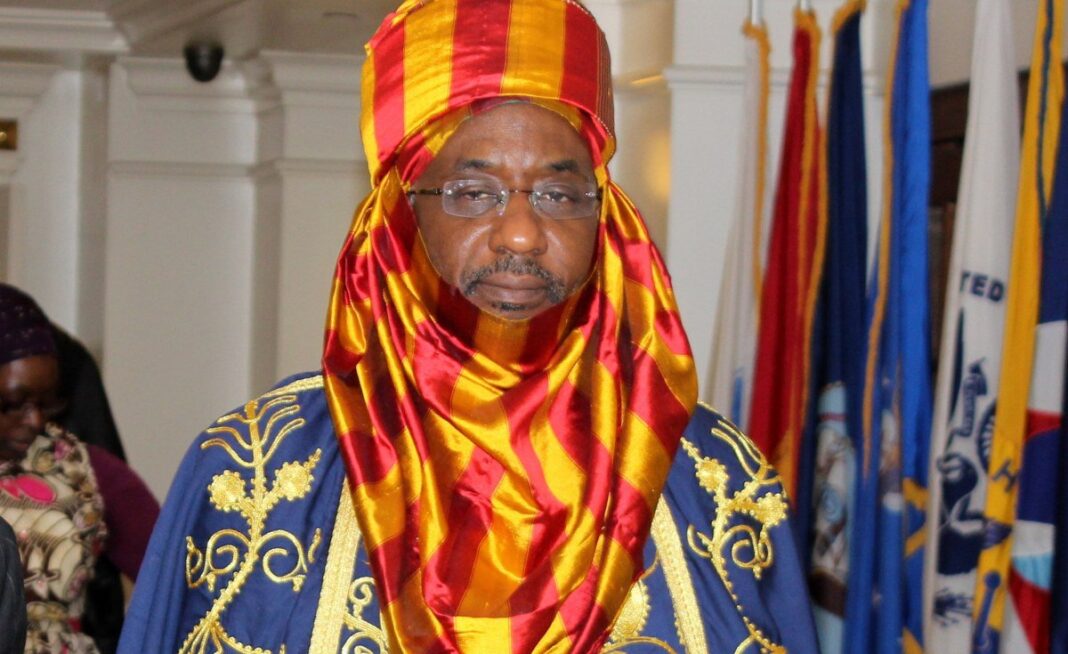 The emir of Kano, Malam Muhammadu Sanusi II, has said Nigeria can achieve the United Nations sustainable development goals (SDGs) by focusing on education of the girl-child.

The emir, who was advising President Muhammadu Buhari, northern governors, and other Nigerian stakeholders on the sidelines of the United Nations General Assembly (UNGA) in New York, said you do not preach to a man who wants to marry a second or a third wife, just make sure the girlchild is educated.

Sanusi said as far as the SDGs are concerned, the focus should be different across various regions of the country, stating that the top priority for the northwest and northeast should be the education of the girl-child.

“If I were to advise governors in the northwest and the northeast, which goal should they focus on? It’s one, and it’s a subset of one; just educate the girl-child,” Sanusi said.

“I mean look, we talk about this technical economic issues of industrialisation and power and so on. Take the north, for example, we’ve been growing at 3.4, 3.5 percent per annum. That means the population in northern Nigeria has been doubling every 20 to 25 years.

“In that period, you’ve had desertification, Lake Chad has lost its water resources, the resources have shrunk and the population has increased. You are not going to solve that by having the government spend money.

“Address cultural attitudes as to what age do girls marry, how many children do girls have, how many wives do men have, it’s not money — it is not about money.”

Emphasising the need to educate the girlchild, Sanusi said if the girl-child is educated, this ripples into many other development indices expected in the society.

“If you want to address those things, you also have to say what is the quickest way to address them. You can spend your time getting religious scholars and traditional rulers to go and be campaigning, but you don’t preach to someone who wants to marry a second or third wife and then have him listen to you.

“He loves her and he wants to marry her. However, if you educate the girls and make sure that they finish secondary school and have skills before they get married, they would not have eight children, they would not accept domestic violence, and they are more likely to stop their husbands from having a second wife.

“Malnutrition is not about money, you have people who will actually harvest beans that they need, come to the city, sell the beans, go back and be drinking Coca-Cola and eating bread, and thinking that they have arrived, because they simply don’t know that the beans were far more useful to them than the Coca-Cola. Educating the woman helps with nutrition.

“You get to so many of the goals through a single target, if we devout our resources to say we want every girl in northern Nigeria educated to 1. senior secondary school level, and 2. we have to ask ourselves how come we are producing thousands of graduates who are not employed?

“Is our educational system functional? We have to look at that entire curriculum; the girls who come out and the boys who come out should be able to earn a living.

“That way, you deal with extreme poverty, demographic growth, sustainability, nutrition, and you deal with so many of the goals.”

“In 1972, my father went to Beijing as Nigeria’s first ambassador to China, in 1972, my father had to seek permission from the foreign ministry to go to Honk Kong every two weeks because essential commodities were not available in Beijing.

“In 40 years, China has lifted 670 million people out of poverty. In 1974, China had only 8 million university graduate. In the whole of China, 8 million. Today, China has more than 300 million graduates or equivalent; that is more than the entire population of the United States of America.

“The Chinese are human beings and they did it, so first of all, I think we should get away from the idea that we cannot do it, because it has been done. The question is, are we ready to do it?”

Sanusi went on to explain how China lifted 670 million people out of poverty in 40 years, and what Nigeria can learn from that.

“A number of things that I think we need to bear in mind, first of all, we talk about limited resources, and that is true, but you can have limited resources and either apply them to areas that will give you multiplier effect and impact or spread them so thinly that you on for 50 years and you are achieving nothing,” he said.

“One of the things Deng did was to say, look we cannot develop every part of China at the same time, so we are going to start with Schengen, and the Shangai, Guangxi and gradually it has spread across the whole of China.

“If Deng had tried to develop the whole of China at the same time, they would be where they were in 1974 because it will always be a drop in the ocean.

“So first of all, we have got to say what are the high impact areas where we can put resources. We have 17 goals, all these goals are important, but if you look at the country, you find that Nigeria is not one country where SDGs are concerned.

“So the priorities of the governor of Zamfara, and the governor of Kano, will have to be different from the governor of Lagos. If Lagos is talking about deep seaports and airports, and rail lines, we have to talk, in Kano, about education and primary healthcare.