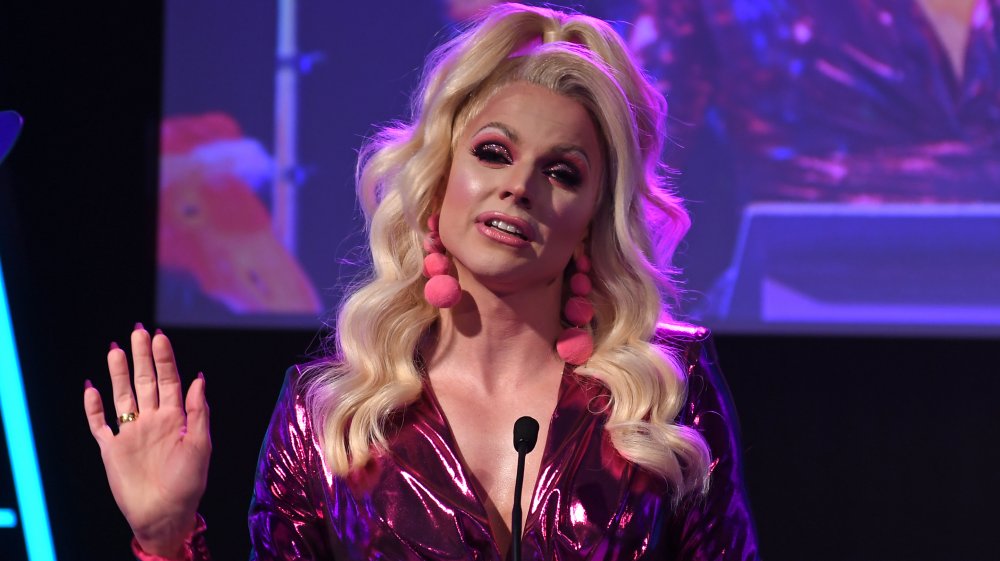 Drag queen, entrepreneur and reality TV sensation Courtney Act hasn’t slowed down since rising to fame as a contestant on RuPaul’s Drag Race. In 2018, she appeared on season 21 of Celebrity Big Brother: UK and went on to win the show. The theme for that season was “Year of the Woman,” which Act, whose birth name is Shane Janek, said was “slightly ironic” considering her win.

After winning the show, Act opened up to BBC about what the win meant to her saying, “My inspiration coming into the house was that teenage boy who didn’t quite know where he belonged or how he fitted in and feeling inspired by the Spice Girls – and not knowing what that meant but knowing if it was ok for them to be different then it was ok for me to be different. I guess it’s validation that it’s ok to be different.”

On Celebrity Big Brother: UK, Act was known for her diplomatic way of handling pre-conceived notions and fears that other contestants had about drag queens. Of transgender contestant India Willoughby, Act said, “I think the thing she struggled with is that people might see me and see her and think that we are the same thing. She’d never identified as a drag queen. Drag is more performance-based, hers is about gender identity. She was never a man but she had a male body.”