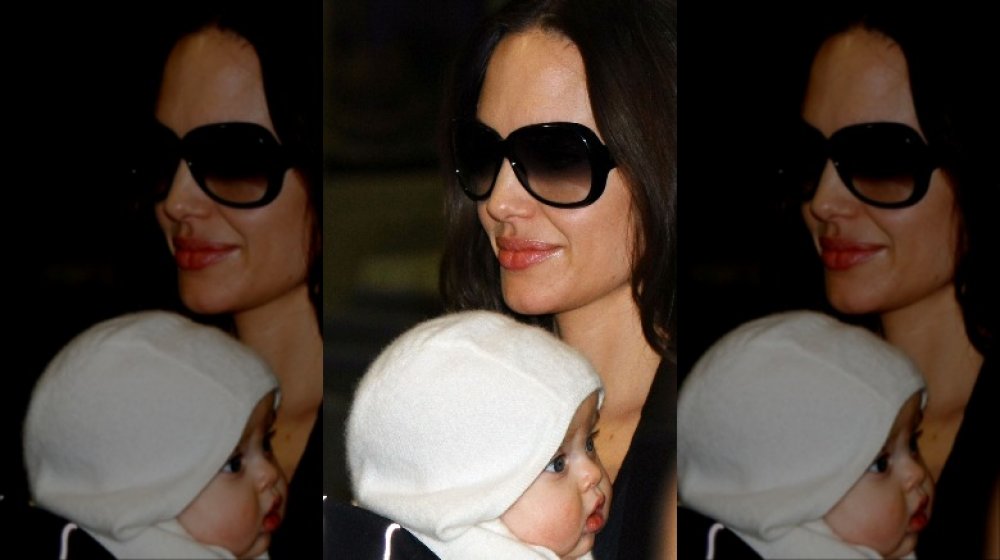 Vivienne Jolie-Pitt is 11 and doesn’t look like this, Little Vivienne made her acting debut alongside her mom, Angelia Jolie, in 2004’s Maleficent. Vivienne plays a young Aurora, and the backstory is too funny. Jolie told Entertainment Weekly in March of that year: “We think it’s fun for our kids to have cameos and join us on set, but not to be actors. That’s not our goal for Brad and I at all. But the other 3- and 4-year-old [performers] wouldn’t come near me. It had to be a child that liked me and wasn’t afraid of my horns and my eyes and my claws. So it had to be Viv.”

In addition to testing her acting chops, Vivienne is honing other skills, including learning Arabic. “All the kids are learning different languages,” Jolie told BBC Radio 4’s Woman’s Hour (per Vanity Fair) in June 2016. “I asked them what languages they wanted to learn.” The Jolie-Pitt kids are also home-schooled and a source told InTouch, “Because they’re homeschooled, they’ve formed an unbreakable bond. They really rely on each other.”