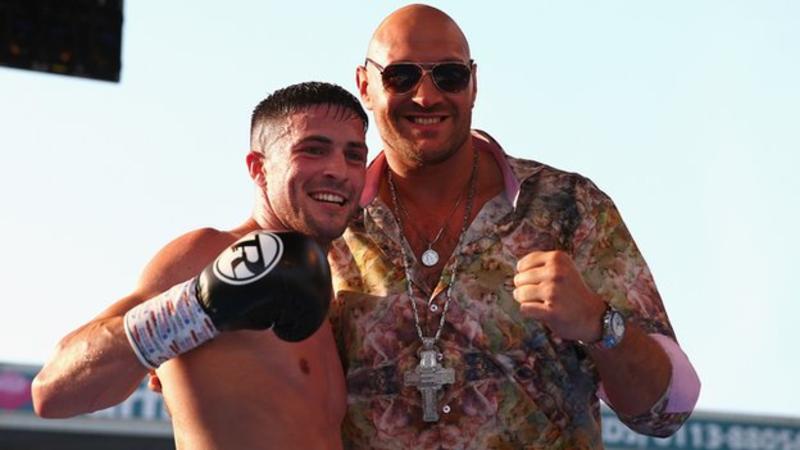 Former world heavyweight champion Tyson Fury says he intends “smashing through everyone” to prove he is better than Anthony Joshua and Deontay Wilder.

Fury, 29, has not fought since claiming the IBF, WBA and WBO titles from Wladimir Klitschko in November 2015.

But he faces Albania’s Sefer Seferi in his comeback fight on 9 June.

“I will separate them from their senses. I want to hit AJ with six left hooks in a row. I’m more determined than I’ve ever been,” added Fury.

“If there are any cruiserweights or light heavyweights out there who want to move up into my division you better get it done because I’m smashing through everyone.”

Fury’s return to the heavyweight division against Seferi, 39, will be broadcast live on BBC Radio 5 live.

Albanian Seferi, has boxed at cruiserweight for most of his professional career, losing just once in 24 bouts, and fighting four times since Fury was last in the ring.