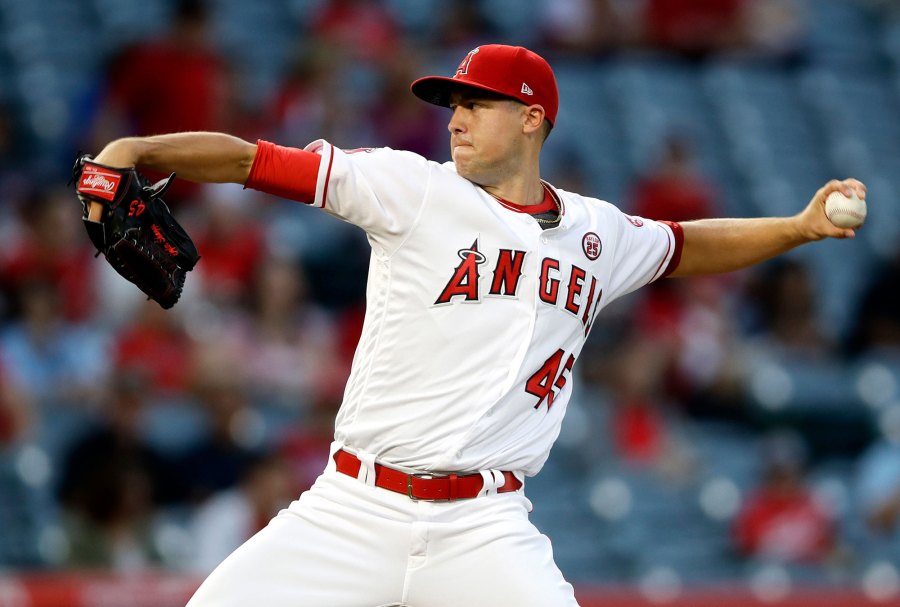 Tyler Skaggs’ family is “heartbroken” over the news that the Los Angeles Angels pitcher died of an accidental overdose from a combination of drugs.

Texas’ Tarrant County Medical Examiner’s Office confirmed on Friday, August 30, that the Major League Baseball player, who passed away at the age of 27 on July 1, died from a combination of alcohol, fentanyl and oxycodone. The drugs are a class of opioid and used as pain-relieving medications.

“We are heartbroken to learn that the passing of our beloved Tyler was the result of a combination of dangerous drugs and alcohol,” Skaggs’ family said in a statement the Los Angeles Times. “That is completely out of character for someone who worked so hard to become a Major League Baseball player and had a very promising future in the game he loved so much.”

The family, who are working with Texas’ Southlake Police Department in an investigation into Skaggs’ death, believe that an Angels employee may be involved in the late athlete’s passing.

“We are grateful for the work of the detectives in the Southlake Police Department and their ongoing investigation into the circumstances surrounding Tyler’s death,” the statement continued. “We were shocked to learn that it may involve an employee of the Los Angeles Angels. We will not rest until we learn the truth about how Tyler came into possession of these narcotics, including who supplied them. To that end, we have hired attorney Rusty Hardin to assist us.”

According to a toxicology report obtained by Us Weekly, Skaggs suffered from “terminal aspiration of gastric contents,” which suggests that he gagged on his own vomit. His death was declared an accident.

The L.A. Times reported that the Angels arrived at a hotel in Southlake, Texas, on the evening of June 30 before a three-game series against the Texas Rangers. Skaggs’ body was found the next day at around 2:18 p.m. after he didn’t show up to the ballpark on time.

The Angels confirmed Skaggs’ death in a statement on their social media on July 1. He is survived by his wife, Carli Skaggs.

“It is with great sorrow that we report Tyler Skaggs passed away earlier today,” the team’s statement read. “Tyler has, and always will be, an important part of the Angels Family. Our thoughts and prayers are with his wife Carli and his entire family during this devastating time.”

The L.A. native pitched his last game for the Angels on June 29, two days before his death2019 mtv vmas