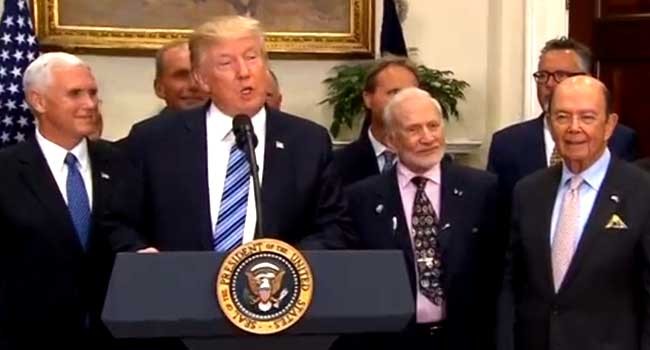 U.S. President Donald Trump signed an executive order to revive the National Space Council on Friday, which he said would be led by Vice President Mike Pence.

He was joined at the White House by former astronauts Buzz Aldrin, Alvin Drew and Dave Wolf.

He added, “Our journey into space will not only make us stronger and more prosperous but will unite us behind grand ambitions and bring us all closer together. Wouldn’t that be nice?

“Can you believe that space is going to do that? I thought politics would do that. Well, we’ll have to rely on space instead.”