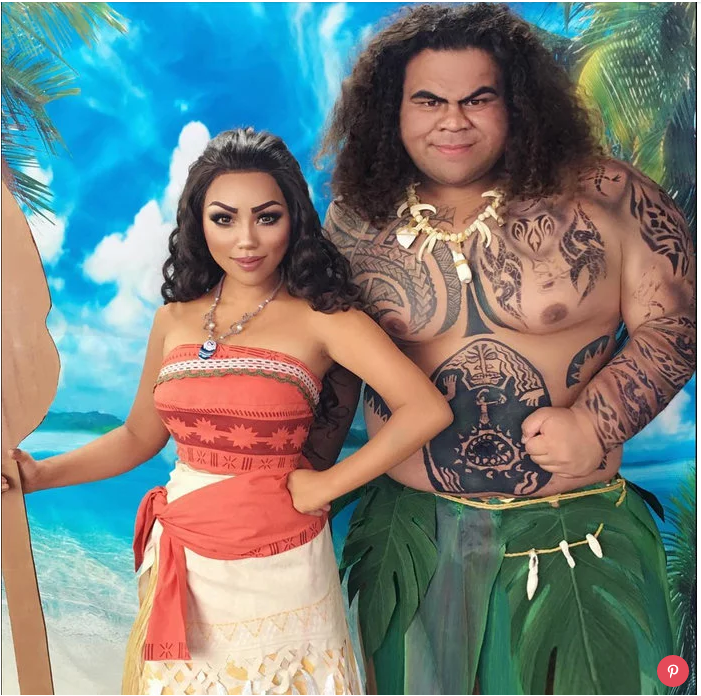 Still looking for the perfect Halloween costume? Don’t freak out just yet—you’ve still got plenty of time to whip up the ultimate on-trend look. And luckily, there’s DIY inspo out there to help you do it.

Whether you decide to go the creepy route and recreate Pennywise’s makeup from It or put your own spin on a classic to channel Cruella de Vil, there’s no shortage of videos on YouTube to help you nail the perfect look. And if you still need that extra push to settle on your alter ego come October 31st, we’ve got you covered. Scroll down for 10 most viral Halloween costume tutorials on YouTube this year.

Calling all Disney fans! Taking the first spot is a makeup and costume tutorial to dress up as the Evil Queen’s daughter, Evie, from Descendants 2. Press play on the video above to learn how to recreate her blue Cotillion look, from the makeup to the outfit.

Creepy alert. We already know that there are going to be tons of people dressing as Pennywise from It this year, so it’s no surprise that this makeup tutorial comes in at #2. Check it out above—if you can handle watching someone transform into a terrifying clown, that is.

Looking to give your usual all-black wardrobe a rest this year? Throw some stark white accessories (and half-dyed hairdo) into the mix and channel the OG stylish villain. Find out how to get the look above, and don’t forget to grab a friend (or 101) who’s willing to follow you around all night as your adorbs dalmatian puppy.

Moana is brave, smart, and curious—so it’s no surprise that tons of the Moana film’s fans are looking to dress up as the Polynesian princess this Halloween. If you’re looking to get your Disney princess on, press play on the tutorial above.

5. Minions from Despicable Me

It’s clear that Minions aren’t going away any time soon, and why would we want them to?! The small yellow (and purple, if you’re into the Evil Minions) creatures are downright lovable—plus they make for a great group costume. Find out how to get the looks in the video above.

6. Merida from Brave (with a twist)

If you’re a fan of Disney’s Brave, this is the ultimate costume to rep the movie this Halloween. Watch the video above to learn how to transform into not one but two characters from the flick: Princess Merida and the witch.

Want to look like a slightly eerie doll IRL? This Coraline costume is for you. Extra points if you paint your raincoat onto your body as instructed by the tutorial above.

This one is a bit more of a commitment, as it requires purchasing a Master Chief Ultra Prestige Costume. But for Halo fans, it’s still worth watching the unboxing and costume review.

Another costume that’s not for the feint of heart: Chucky. This tutorial teaches you how to create the bloody, stitched-up serial killer’s look and provides inspo if you want to make this a couple’s costume and go as his bride.

If you and your friends are into zombies, this tutorial for The Walking Dead is for you. Most of the clothing can already be found in your closet, making this one of the easier and just-scary-enough costumes out there.