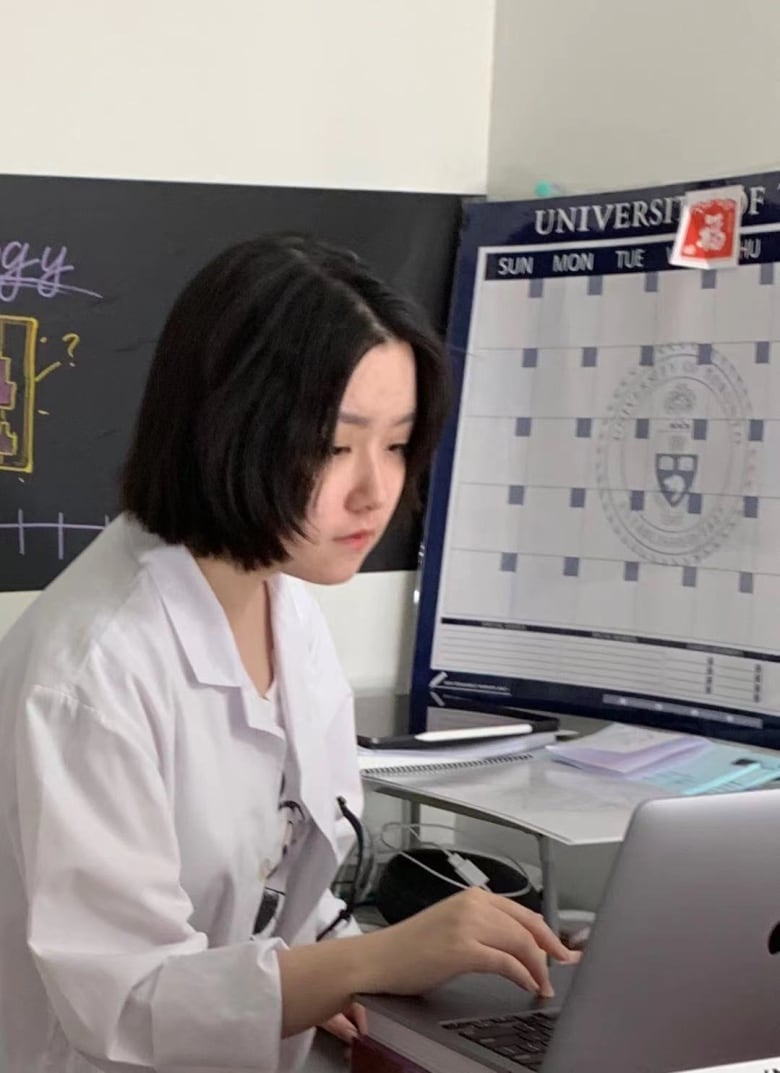 She’s skipped several grades, completed Grade 10 over a single summer, and is now the youngest graduate from the University of Toronto’s Faculty of Arts & Sciences in at least 40 years.

But she says it isn’t a big deal.

“The past four years has been pretty normal. If you actually didn’t know my age, you probably wouldn’t be able to tell,” she said.

She began her post-secondary education when she was 12 at the University of Prince Edward Island before transferring to U of T. Now she’s completing a double major in biology, and cell and molecular biology. She’ll be pursuing her master’s in applied immunology at U of T’s Faculty of Medicine in the fall.

Her goal after that is pursuing her PhD, which means she’d graduate around the age of 22 or 23, when most people complete their undergraduate degree.

Xie says her grandmother was a huge part of her success and her love for learning.

“She was a schoolteacher … She started teaching me as I was playing in the park or as I was having fun with my friends,” Xie said.

“She was slipping in little bits of unnoticeable information into my child brain. And I wouldn’t notice at all. I would think that she was playing a very fun game with me … That’s how I ended up associating learning with a lot of fun,” she added.

“My grandmother ended up giving me a lot of very good life philosophies.You know, the Asian parent thing where every little thing is a life lesson.”

Xie says she was never pressured to excel in school. She says she has always gone about learning at her own speed, including acknowledging that when her studies didn’t challenge her, she had to challenge herself.

“You just kind of have to really give yourself time and space to do things at your own pace. It’s not like a race,” she explained.

She says despite being a strong student, she enjoys other activities like creative writing and food.

“People say, ‘Don’t be a jack of all trades, start specializing.’ But for me, I think that’s terrible advice,” she said.

“When all you know how to use is a hammer, you’re going to see everything else is a nail … I feel like that’s a terrible way to approach life.”

She says being well rounded helps her. Besides her academic success, she is certain of one thing — her desire to live life drives her.

“All of these incredible, incredible coincidences happened for us to be able to exist right now. And then you throw it away and that’s going to be like such a waste. Just have fun and really, really enjoy the time that you have on Earth,” she said.

Charlie Keil, the principal of Innis College at U of T, says Xie may be very young, but she doesn’t let anything get in the way of achieving her goals.

“She’s graduating from university before most students think about going to university,” he said.

“Her unusual circumstances are never a deterrent to her approach to life. She doesn’t see obstacles as something that block her from achieving what she wants. She just sees them as something that she negotiates and works through, which is a very positive attitude.”

Keil says the first time he encountered Xie during a principal-student meet-up, he was amazed at her ability to hold her own.

“We [got] engaged in this incredibly intense and intellectually rigorous debate,” he recalled.

Keil says it just goes to show people don’t have to let their age define them, adding that while some may think university students would find it discouraging to be in a cohort with someone so much younger, often the opposite is true.

Looking forward to not worrying

Xie says she’s had a pretty typical university experience because no one really suspected how young she was.

But there were some things she couldn’t take part in.

“I guess I can’t drink,” she said. “So I don’t have much of a nightlife, but I feel like that’s often overplayed as kind of like a huge part of college or university life.”

She says she looks forward to the next steps and enjoying a fun-filled summer.

“Visiting around in Shanghai, eating good food, having fun and just … not [worrying] about anything.”