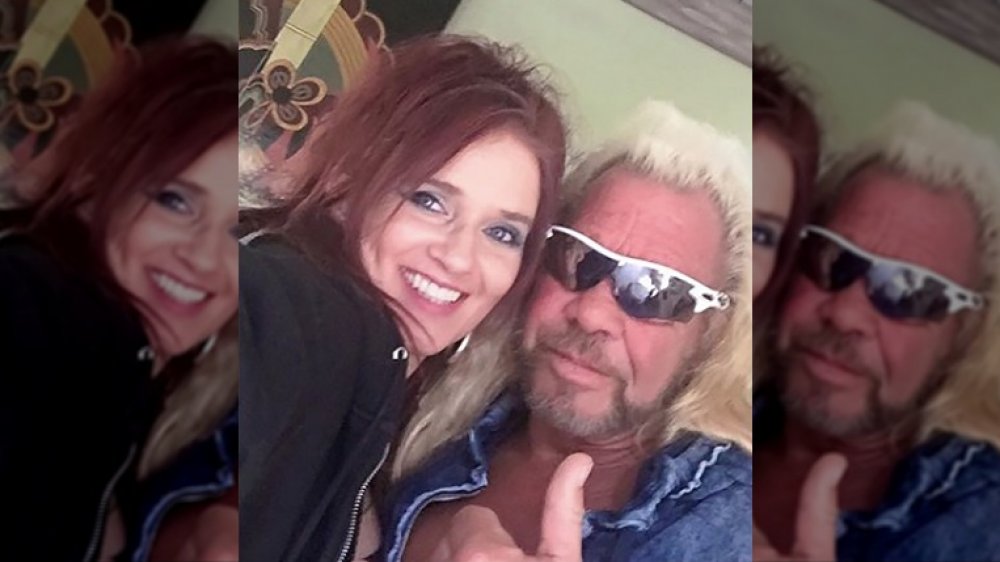 The truth about Dog the Bounty Hunter’s proposal to his son’s alleged ex, Based on the promo for the Dr. Oz Show episode, which is scheduled to air Feb. 3 2020, it looks like Moon Angell and Duane “Dog” Chapman could be engaged.

“That was quick,” one fan commented on Twitter, while another tweeted, “Wow men just can’t stay single after becoming widowed I guess.” However, sources told TMZ that Duane was “overly emotional” at the time and “got caught up in the moment,” suggesting the gesture may not have been extended with a clear head. The bail bondsman supposedly didn’t give Angell a ring, and insiders connected to the family claim the couple isn’t currently engaged at this time. However, Duane allegedly did tell his girlfriend he “loved” her and revealed he was “talking to God in the bathroom during a break, and God told him he should propose,” per TMZ. Sources at the Dr. Oz Show contradicted this sentiment, telling TMZ it seemed like Duane “meant it.”

It’s worth noting that Duane denied he was dating Angell when the controversy involving his daughter, Lyssa Chapman, and his relationship with Angell initially surfaced. “She has just been so good to me,” he revealed to Radar Online, referring to their “friendship.” Angell was Beth’s assistant for more than 20 years, and now she’s reportedly been a big part of Duane’s recovery. “I’ll get really emotional and find myself getting into a dark hole and she will tell me to suck it up,” he said.

Who knows, maybe this pair’s friendship turned to romance shortly before appearing on the Dr. Oz Show. Trés curious.