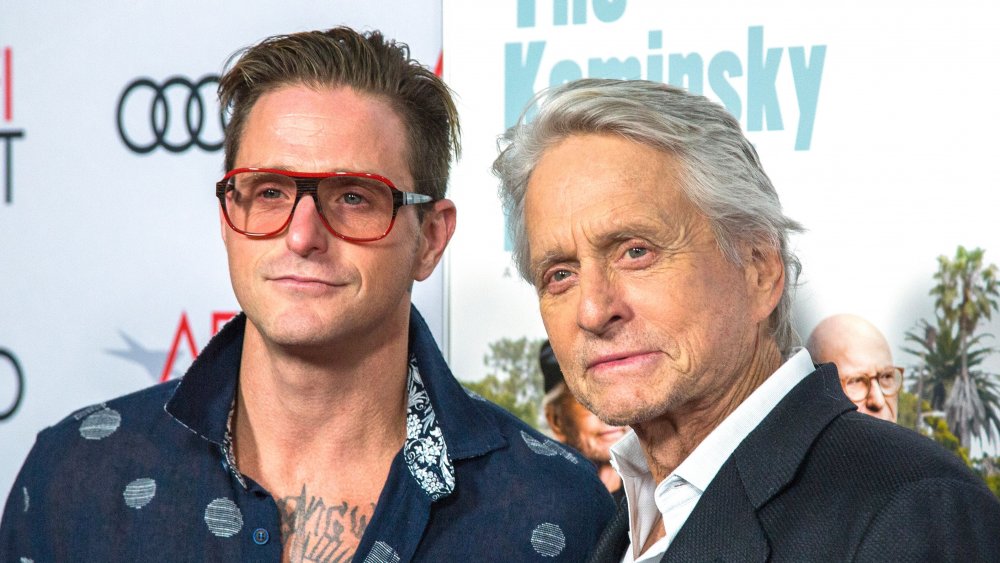 When Michael Douglas and his son sat down with Diane Sawyer in 2019, their interviews quickly turned into a quasi-therapy session, with both men opening up about how Cameron’s drug problems impacted them, their family, and their relationship. Michael revealed that he spent some time blaming himself for his son’s downward spiral into abuse. “You rack your brain and you take it personally in the beginning,” he said (via Good Morning America). “Then you look at your genetic makeup. I should’ve changed my priorities. My career was first. My career came before my family.”

Michael went on to explain that his “marriage was not great” at the time, so he avoided it by working too much when he ought to have been focusing on Cameron. “But that’s hard to say when you’re in the midst of a career, when you are in your own mind, stepping out of your father’s shadow, trying to create a life for your own,” he continued. The Ant-Man star would later come to appreciate that his son was climbing the same mountain, only it’s twice the size. “I have some idea of the pressure of finding your own identity with a famous father,” he wrote in a letter to U.S. District Judge Richard Berman following Cameron’s arrest (via Reuters). “I’m not sure I can comprehend it with two generations to deal with.”