Salmonella outbreak linked to sausages sickens 12 in Ontario and Quebec 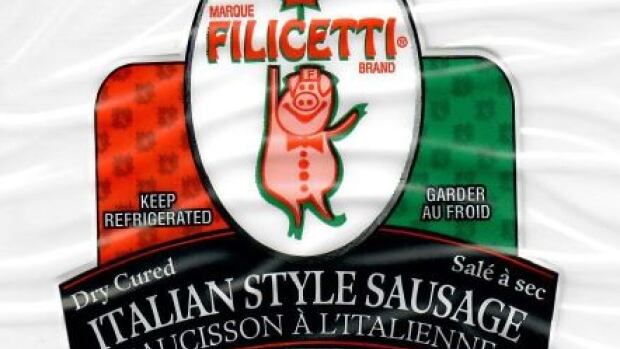 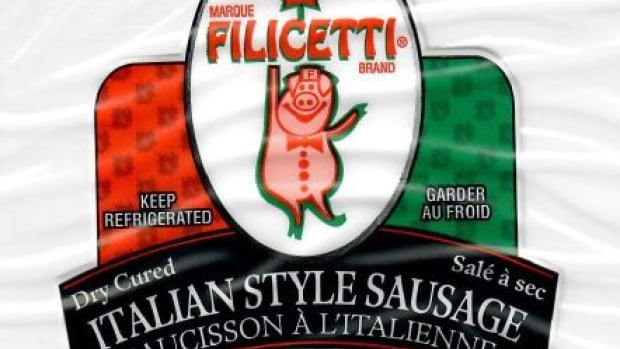 A brand of Italian sausage is linked to an outbreak of salmonella infections in Ontario and Quebec, according to the Public Health Agency of Canada.

“Based on the investigation findings to date, exposure to Filicetti brand Italian Style mild, dry, cured sausage has been identified as a source of the outbreak,” the PHAC said in a statement.

As of Wednesday, 12 confirmed cases of salmonella Litchfield illness have been reported: 10 in Ontario and two in Quebec. The people became sick between May and September. One individual was hospitalized.

On Oct. 16, the Canadian Food Inspection Agency issued a food recall for various ready-to-eat dry sausage products that tested positive for salmonella, including Filicetti brand Italian Style mild, dry, cured sausage. Since then, more affected products have been added to the recall.

Canadians are advised not to eat the affected food, including the Filicetti brand and others that have been recalled.

The recalled products were distributed in Alberta, British Columbia, Ontario and Quebec.

Infants, children and seniors are most at risk of becoming sick of salmonella illness, along with those who have compromised immune systems.