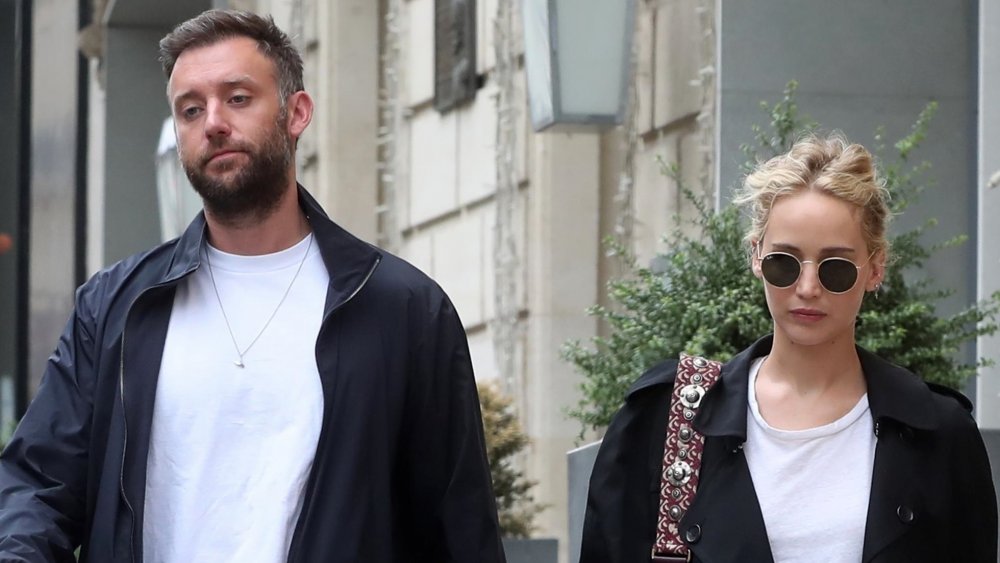 While the rest of us are refreshing our ex’s Instagram accounts hoping for the slightest hint that they’re miserable, Jennifer Lawrence is apparently cheering hers on. Despite tying the knot with Cooke Maroney, the star still manages to remain friends with almost all of her exes, and she seems to go to great lengths to support them. Her excellent friendships can probably be attributed to the fact that none of her former flames actually broke her heart, they just broke her “like, confidence.”

“I’m friends with all my exes, actually,” she said during a 2018 episode of Marc Maron’s WTF podcast (via E! News). “For the most part, yeah, I have a theory: I think it’s because I’m blunt. I don’t think that you can have any sort of bad relationship with anybody if you’re just blunt. Everybody always knows how you feel at all times and there’s no lying, it’s just honesty. Everybody’s a good guy to each other. All my boyfriends have been wonderful. Nick [Hoult] was a great boyfriend.”

Clearly, Maroney isn’t the jealous type, because, according to Us Weekly, he supported Hoult alongside Lawrence at the September 2018 premiere of Hoult’s film, The Favourite. To make matters more awkward, Lawrence’s most recent ex, Mother! director Darren Aronofsky, was also in attendance. Most of us would avoid this situation at all costs, but apparently not JLaw.