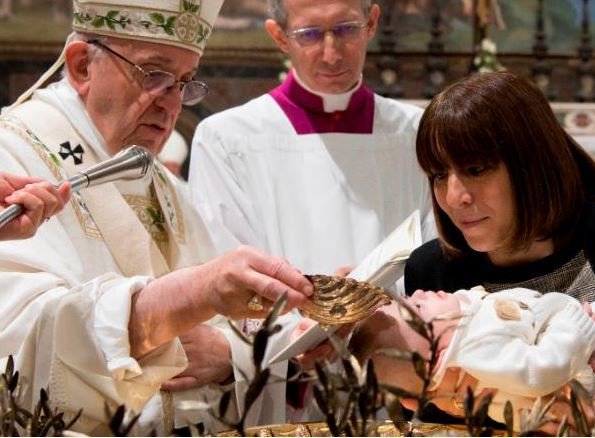 Pope Francis has assured nursing mothers that its totally fine to breastfeed their kids in church if they are hungry. He said this during an annual baptism ceremony on Sunday where he blessed and baptized 34 babies, all children of Vatican employees, in the Sistine Chapel in Vatican City.

During his homily Francis instructed the parents to go ahead and feed the babies if they started crying due to hunger. “We will now continue the ceremony; and if they start doing the ‘concert’ it’s because they’re not comfortable, either they’re too hot, or they’re not comfortable, or they’re hungry. If they’re hungry, breastfeed them, without fear, feed them, because that’s a language of love”  Francis said.

This isn’t the first time that the Pope has told breastfeeding moms its OK to feed their children in church. Four years ago, during another baptism at the Sistine Chapel, Francis said “if they are hungry, mothers, let them eat, no worries, because here, they are the main focus.”

Central Africa Republic: The country with no teachers