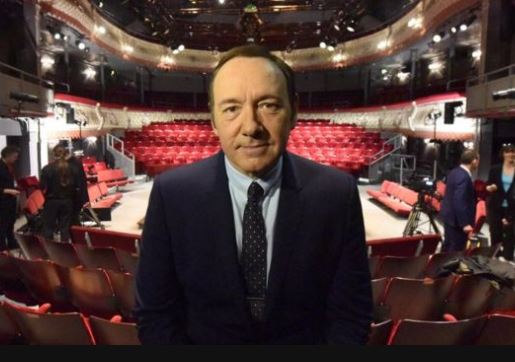 The first victim is Mexican actor Roberto Cavazos, who acted in several plays at the theatre. He wrote on Facebook that he encountered Spacey at the bar of London’s Old Vic Theatre, where Spacey was an artistic director from 2004-15, and that the actor tried to grope him against his will.

“It was more common for this guy, when he was in the bar of this theater, grabbing whoever caught his attention. I didn’t stand for it, but I know some people who were afraid to stop it,” he wrote.

BBC reports that the second victim is identified as John and he works in the Entertainment Industry.

Speaking to the Victoria Derbyshire programme, the man said when he slept on the star’s sofa he woke up fully clothed with Spacey lying on him, in his underwear.

John said Spacey again became “affectionate” the second night he was in the city.

“I burst into tears because I couldn’t articulate anymore what was happening to me. I was scared… To his credit, he backed off and we went to sleep.”

Reflecting on his experience, John says: “It seems he was grooming me. For me, I never let on that that’s what I was interested in. I never discussed it, nor did I want it.

“He was either very stupid or he was predatory – or maybe a little of both. I was uncomfortable at best, traumatised at worst, emotionally.

John says he didn’t tell the authorities or his parents at the time, although he has since told friends.

These new allegations follow accusation made by Anthony Rapp, who claims Spacey made sexual advances at him when he was 14 years old and Tony Montana, a documentary filmmaker also accused him of groping him at a bar.