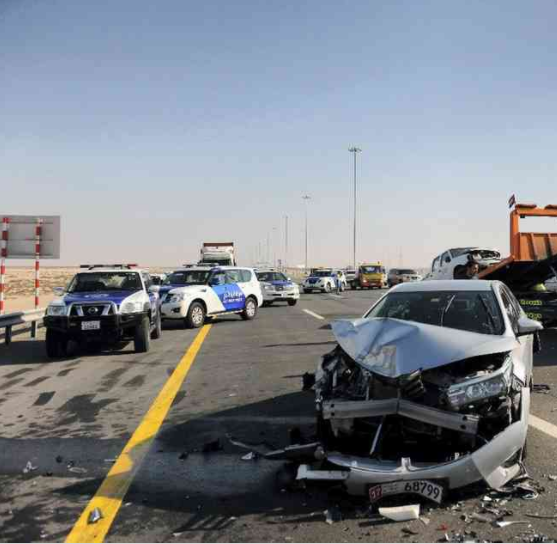 Heavy fog caused a 44-vehicle pile-up in Abu Dhabi on Tuesday morning and it was caught on video by commuters.

In the video, commuters are seen leaving their cars and climbing over the barrier to escape as vehicles pile up. Two men are seen running out of the way just before a trailer, which the driver could not control due to the speed it was traveling at, collided into stationary traffic. 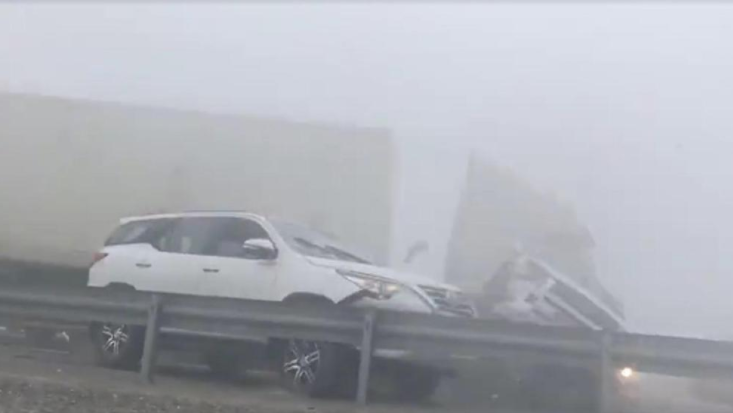 He said the accident was caused by heavy fog, low visibility and drivers’ noncompliance to safety rules, speeding and failing to keep proper safety distance.