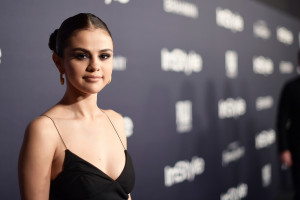 Selena Gomez spoke candidly to fans about her well-being mere weeks before seeking treatment for her mental health struggles.

The “Bad Liar” songstress, 26, opened up about her state of mind in an Instagram Live stream on September 22. “Everything is good. I had obviously a weird couple months, but it’s fine,” she told fans. “I feel good. I just had to make conscious decisions every day in order to get there, but it’s fine.” 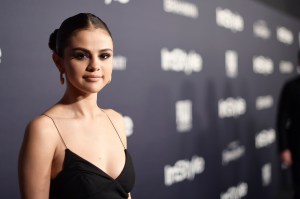 While Gomez did not elaborate on what she has been through the past couple of months, her on-again, off-again ex-boyfriend Justin Bieber got engaged to Hailey Baldwin in June, and married her three months later.

Justin Bieber and Selena Gomez: A Timeline of Their On-Off Relationship

The 13 Reasons Why producer has also battled mental health struggles since late September, when she was hospitalized in Los Angeles after becoming “despondent and emotional over an alarmingly low white blood cell count” following a 2017 kidney transplant, TMZ reported on Wednesday, October 10. Gomez was re-admitted in early October after suffering an “emotional breakdown,” per the website, and she is now receiving treatment.

“It’s been a tough couple weeks leading up to this,” a source revealed to Us Weekly after news broke of Gomez seeking treatment again. Another insider told Us that the “Fetish” crooner has been under “a lot of pressure” lately.

Bieber, 24, stepped out on Wednesday evening in Los Angeles after news of Gomez broke. He attended a church service and was seen embracing friends and his bodyguard.

Selena Gomez’s Mental Health Battle in Her Own Words

The Wizards of Waverly Place veteran previously spoke out about her mental health struggles in February after entering a voluntary treatment program one month earlier. “I’ve had a lot of issues with depression and anxiety, and I’ve been very vocal about it, but it’s not something I feel I’ll ever overcome,” she told Harper’s Bazaar at the time. “There won’t be a day when I’m, like, ‘Here I am in a pretty dress — I won!’ I think it’s a battle I’m gonna have to face of the rest of my life, and I’m OK with that because I know that I’m choosing myself over anyone else.”