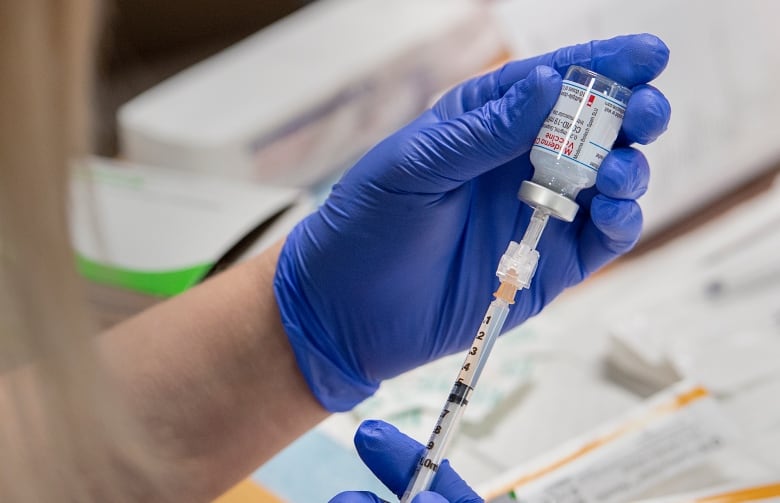 An Ottawa retirement home manager has been suspended after accusations that he allowed his wife to receive a dose of a COVID-19 vaccine intended for a front-line worker.

The Labourers’ International Union of North America Local 3000, which represents health-care and industrial workers, said it became aware of the incident — first reported by the Ottawa Citizen — after receiving a letter from an employee at the Stirling Park Retirement Community.

The letter, written anonymously by the staff member for fear of losing their job, said some front-line staff members at the home were offered leftover doses of the Moderna vaccine that were originally intended for residents on Feb. 7.

However, the letter goes on to say a housekeeper was bumped “so that the general manager’s wife, that is retired and lives at home, could get the vaccine.”

It said the wife shouldn’t have even been in the building because of current COVID-19 restrictions, and described the situation as an “abuse of power.”

In a statement, the company that owns the home, Riverstone Retirement Communities, said it’s “been made aware of concerns in regards to recent vaccination efforts” at one of its communities.

“We take this matter seriously, and will be looking into the situation immediately,” it said, noting that the manager in question has been suspended while it investigates the incident.

The company said it “supports the prioritization of residents, employees and essential caregivers in order to provide the safest possible environment.”

‘Slap in the face,’ says union

Charlene Nero, director of the legal department with the union, said the situation is “unforgivable.”

“These are precarious workers. They’re not luxuriously paid. They are working in horrible circumstances,” Nero said, noting that the housekeeper in question is “doing the dirtiest of work under the hardest of circumstances, gowned and gloved and wearing a mask.

The union has filed a grievance against the home for failing to maintain a safe workplace by allowing an unauthorized person to enter the home and for “diverting vaccination from workers who were entitled to receive it.”

This is the second round of complaints the union has sent to Public Health Ontario, after similar allegations at a seniors’ home in Vaughan, Ont.

CBC requested an interview with the retirement home manager directly, but did not receive a response before publication. CBC contacted Ottawa Public Health and Public Health Ontario for comment, and is waiting to hear back.