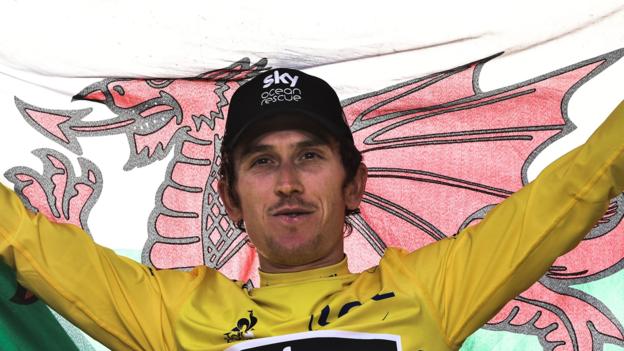 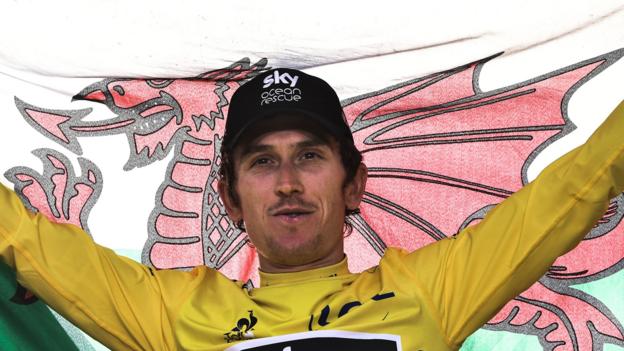 Manchester United look to return to winning ways on Monday at Old Trafford, but will they find a way past visitors Arsenal?

“Goals are the problem for United,” said BBC football expert Mark Lawrenson. “Who is going to get them?

“United boss Ole Gunnar Solskjaer has got a problem because if he goes for it more in attack, then his side are going to leave themselves a lot more open.

“I think United might actually be a little cagey, because the last thing he needs is for Arsenal to beat them comfortably.”

Lawro is making predictions for all 380 top-flight matches this season, against a variety of guests.

This week he is up against cycling star Geraint Thomas.

He will be making his predictions on Friday, and is taking part in the elite road race at the Road World Championships in Yorkshire on Sunday.

Geraint will make his predictions on Friday.

A correct result (picking a win, draw or defeat) is worth 10 points. The exact score earns 40 points.

It’s funny how the fixtures work out, with Sheffield United playing both Merseyside clubs within a week.

The Blades got a great win over Everton at Goodison Park last time out, but it is asking a lot for them to beat Liverpool too.

I like Chris Wilder’s team a lot, but I don’t really see them causing the Reds many problems – apart from at set-pieces – or keeping them quiet at the other end.

Liverpool are on a roll at the moment, and they just keep on winning. Yes they rode their luck a bit defensively last weekend against Chelsea, but they also took their chances when they got them.

Aston Villa are probably still working out how they lost to Arsenal’s 10 men last weekend. They were ahead, but they did not know how to handle the situation.

Burnley, in contrast, disposed of Norwich with no fuss whatsoever.

This is a tough one for Villa, because they need some points after only winning one of their first six games. They are not doing badly, but just look a little short of confidence to me.

It is hard to back against Burnley, because of what they are, and how they do it, but I think Dean Smith’s side will edge it somehow.

Both of these teams lost to lower-division opponents in the Carabao Cup in midweek but that is what happens when you mess around with your team and make a lot of changes.

For a better indication of their form, look at how they did in the Premier League last weekend. Both teams managed impressive victories, with the Cherries getting a really good win at Southampton and West Ham seeing off Manchester United.

The Hammers have not won this fixture since the 2015-16 season, so how they do at Bournemouth will be a good indication of their progress.

But Eddie Howe’s side are playing well and have got home advantage, so I am backing them to come out on top, just.

Brighton did well in their 0-0 draw at Newcastle last time out and Chelsea hardly played badly either despite being beaten by Liverpool.

So much happened in that game at Stamford Bridge, it could easily have ended up 2-2.

Chelsea do have a weakness at the back but I don’t think they have a massive issue there – it is more every lapse is being punished – and I think Frank Lampard will finally be able to celebrate his first home league win as Blues boss on Saturday.

Brighton will try to play rather than park the bus and they deserve plaudits for that, but it will help Chelsea – just like it helped Manchester City last month.

Crystal Palace had been in total control last weekend but were left to rue a massive mistake by Joel Ward that handed Wolves a last-gasp equaliser.

Norwich, meanwhile, were out-played by Burnley and I see this as being a very similar test for the Canaries because Palace boss Roy Hodgson has a similar, forensic, approach to Clarets manager Sean Dyche.

Goals are the big problem for Palace – they are the joint-lowest scorers in the top-flight with four from six matches.

But apart from Watford, who conceded eight at Manchester City last week, Norwich have conceded more than every other team – so I think Hodgson’s side will get some chances this time.

I think Tottenham will be back with a bang this week, because they are a long way off being in crisis.

Mauricio Pochettinho did look somewhat disillusioned after last weekend’s defeat by Leicester, and it does appear something is going on behind the scenes.

But that doesn’t stop the players from performing and they should be too strong for Southampton. A comfortable win would go a long way to solving Spurs’ problems.

Watford were lucky to get away with just an 8-0 defeat at Manchester City last weekend, so they have got to recover from that.

This is a great fixture for Wolves. They are also in the bottom two and without a win, but at least they got some encouragement from the way they nicked a point against Crystal Palace last time out, and I would back them to get all three here.

It is fair to say that the natives will be restless after seeing Everton beaten at Goodison Park by Sheffield United last week, and Manchester City will obviously offer an even tougher test.

That could help them, because they will raise their game against City – but if they end up losing heavily, then Toffees boss Marco Silva is going to get some grief.

Silva’s problem is that his side are neat and tidy and play some decent stuff on their day, but they do not seem able to put teams away.

I look at Everton and wonder exactly what they are trying to do, and I think most of their supporters feel the same way.

I can only see a City win here; they are just too good.

Yes, Dominic Calvert-Lewin might cause them a few problems in the air and, defensively, they are going to be under more pressure than they were against Watford last week – but they should still be able to cope.

Leicester’s big test comes next week when they go to Anfield, but they cannot take anything for granted here.

They will have to work hard to break Newcastle down, and scoring the first goal will be important.

The Magpies are well organised and their best result so far this season came on the road, with their win at Spurs.

I am not expecting Steve Bruce’s side to end up a relegation scrap but their form at St James’ Park does need to improve.

The Gunners are turning into the comeback kings, although I am sure they would prefer not to be in a situation where they need a fightback in the first place.

Unlike United, Arsenal do not look short of goals, but it is at the back where Unai Emery’s side still have problems.

How did Lawro do last week?

From the last set of Premier League fixtures, Lawro got five correct results, including one exact score, out of 10 matches for a total of 80 points.

He beat former Wales rugby captain Sam Warburton, who also got five correct results, but with no exact scores, for a total of 50 points.