Paul McCartney: I Still Have ‘a Lot of Dreams’ About John Lennon 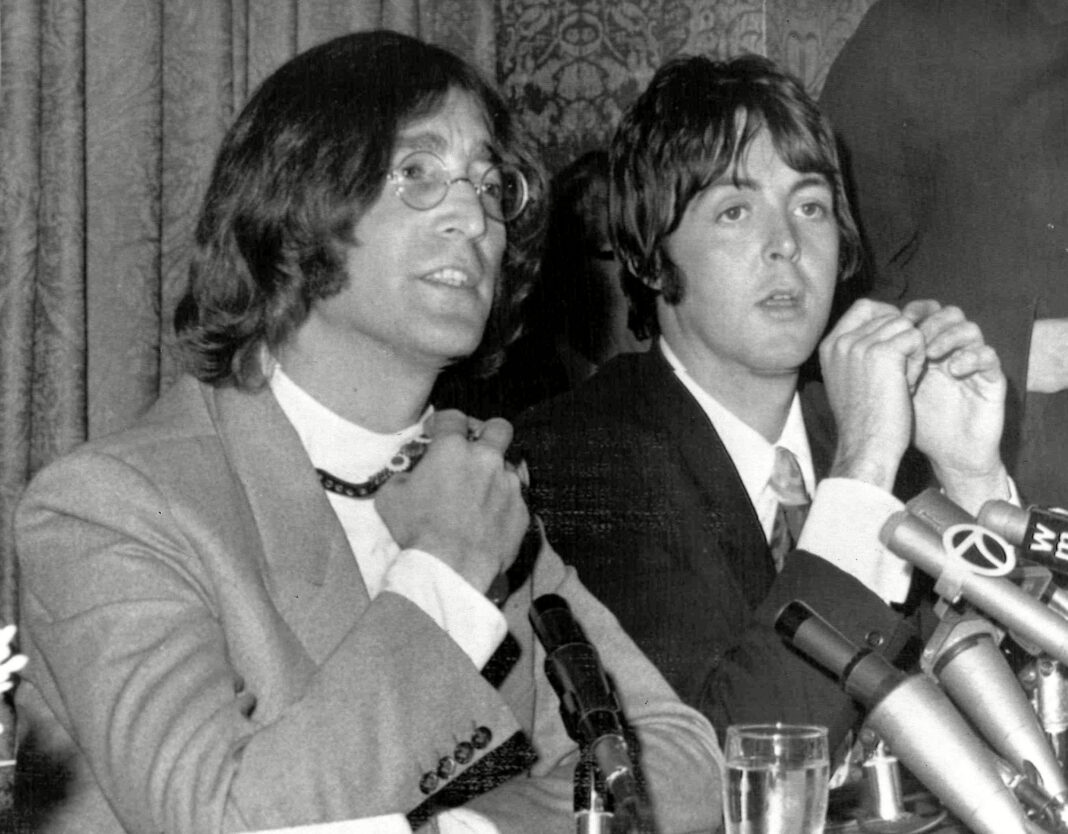 Paul McCartney lost his close friend, songwriting partner and Beatles bandmate John Lennon nearly 40 years ago, but they still “come together” when Macca goes to sleep at night.

“I dream about him,” the 18-time Grammy winner, 77, said on The Late Show With Stephen Colbert on Monday, September 23. “The thing is, when you’ve had a relationship like that for so long, such a deep relationship, I love it when people revisit you in your dreams.”

McCartney revealed that he sometimes fantasizes about the entire band, but he is usually with Lennon.

“I’m just talking about doing something and I come to get my bass ready to play, and it’s covered in sticky tape,” he said with a laugh. “I’m picking all this stuff off and turn to talk to him. … I have a lot of dreams about John. They’re always good.”

The former Wings frontman then recalled how the idea for The Beatles’ 1965 single “Yesterday” came to him in a dream.

“I woke up one morning and there was this tune in my head,” he said. “I happened to have a piano by my bed. It was a little apartment. I thought, ‘It’s just an old tune my dad must have played.’ And so I went ‘round to all my friends [and asked if they knew it]. … After about a couple of weeks, I decided it was mine.”

The song has since become one of the most covered of all time and was recently adapted into a movie starring Himesh Patel, Lily James, Ed Sheeran and Kate McKinnon. McCartney revealed on Monday that he and his wife, Nancy Shevell, snuck into a movie theater to see Yesterday earlier this year.

“[We] were in the back row and the [actor] is sort of saying, ‘This is Paul McCartney, the world’s greatest songwriter,’ and I was kind of …” he said, trailing off with a laugh. “It was great. It was a good way to see it. We wanted to see it with people rather than a corporate screening. I thought it was a nice movie.”

The Beatles worked together from 1960 to 1970 before going their separate ways. Lennon was shot and killed in New York City at the age of 40 in December 1980. George Harrison died from lung cancer at age 58 in November 2001. McCartney and Ringo Starr are still active in the music industry and on tour.