In China You get arrested for preaching the gospel This country is ranked 39 on Open Door USA’s World Watch List for countries suffering religious persecution. 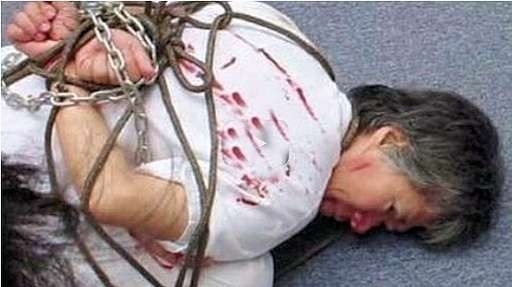 Evangelism, a big thing in this country, is a major way of getting yourself arrested in China.

CBN News reports that Pastor Xu Shizhen, her daughter and her 3-year-old grandson were arrested by Chinese authorities for spreading the gospel.

They were caught singing, dancing and preaching the gospel in parks and public squares in Xianning, Hubei.

Pastor Shizhen and her daughter are part of the Zion Church, an unregistered religious group.

China’s current law, passed on September 7, 2017, demands that all religious institutions must register. Once they do this, they have to submit sermons to Chinese officials.

These churches will also be subject to strict monitoring, their children and teenagers will also be prohibited from attending Christian summer camps, and Sunday schools.

No wonder, Pastor Shizhen’s Zion Church has refused to register. This has made the group a regular target for Chinese authorities.

World Religion News reports that this church was seized and put under the control of Three-Self Patriotic Movement Church, a state-run church. This happened five years ago, at that time the group was just a house church.

No one knows the current whereabouts of the pastor and her family, but a non-profit Christian human rights organization, China Aid, has said that the two women have been separated from the grandson.

How to Not Lose While Trading Cryptocurrencies?