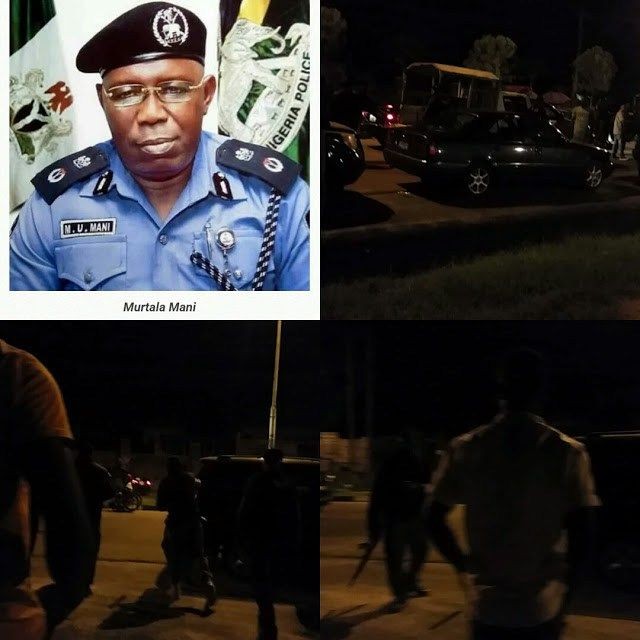 A team of policemen from the Eket Division of the Police Command in Akwa Ibom, on Friday, stopped angry youths from burning down a motor park in the area.

The youths were irked over the reported death of two persons allegedly knocked down by a taxi driver trying to escape from members of a task force chasing him for violating loading regulation.

An eyewitness said that the two victims, Ndiana Ekeng and Essien Umoh, were on a motorcycle going downtown when the taxi driver rammed into them.

“The report of the accident, which claimed the lives of the two persons, threw Okon-Eket community into a pandemonium.

“Angry youths and sympathisers mobilised swiftly in an attempt to set ablaze the motor park where the task force office is located.

“But they were stopped by the quick intervention of officers of the Nigeria Police Force led by the Divisional Police Officer (DPO), CSP Bello Zaura,” the eyewitness said.

The task force members claimed that the taxi driver was loading his car outside the Atabong Motor Park along Eket-Uyo route.

He said that the situation was brought under control by the police and that investigation was ongoing to unmask the culprits.

Ikechukwu said that the DPO had briefed the command and that the case would be taken seriously in order to prevent further loss of lives at the park.

In his reaction, the Youth Leader in the community, Mr Vincent Emmanuel, described the accident as unfortunate and a recurring incident that should be stopped.

Emmanuel urged the Eket Transition Committee Chairman to evolve a civilised method of tracking down defaulters instead of chasing motorists and causing loss of lives.

He recalled how a pregnant lady and a corps member were knocked down recently by the same task force members while pursuing motorists allegedly loading passengers outside the motor park.

As at late afternoon on Friday, when a correspondent visited the Atabong Park, where the incident occurred, the usual busy park was deserted by the operators for fear of arrest by the police.