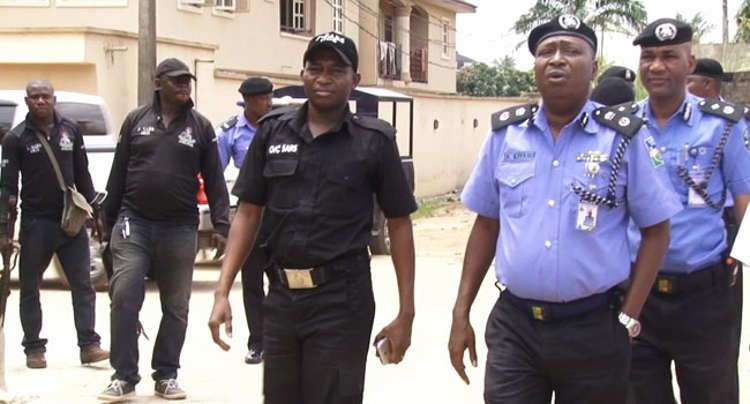 Two prostitutes have been arrested by the men of Ogun State Police Command, for allegedly killing one of their customers, Adeyinka Olayinka.

The sad incident was said to have occurred on Tuesday 30th of May 2017, at the KS Hotel, Ifo, in Ifo Local Government Area of the state.

According to the state Police Public Relations Officer, Abimbola Oyeyemi, the victim, who was supervising a construction work going on in his building site at Ifo decided to pass the night on the fateful day in the hotel.

He said preliminary investigation revealed that the victim contracted one of the prostitutes, Kudirat Raji, to pass the night with him on an agreed amount, but the deceased reneged on their agreement which led to hot argument between them.

While the argument was going on, Esther Basiru, who is a friend to Kudirat allegedly broke a bottle and injured the deceased’s friend who was at the scene while Kudirat used the broken part of the bottle to stab the deceased on the armpit. Oyeyemi said in the process, Kudirat thereby cut one Olayinka’s nerves, consequent upon which he bled to death.

He said the Manager of the hotel quickly alerted the police and the Divisional Police Officer, Ifo Division, Anthony Haruna, led his men to the scene and promptly arrested the two suspects.

Meanwhile, the state Commissioner of Police, Ahmed Iliyasu, has ordered the transfer of the case to Homicide section of the State Criminal Investigation and Intelligence Department for further investigation and possible prosecution of the suspects.